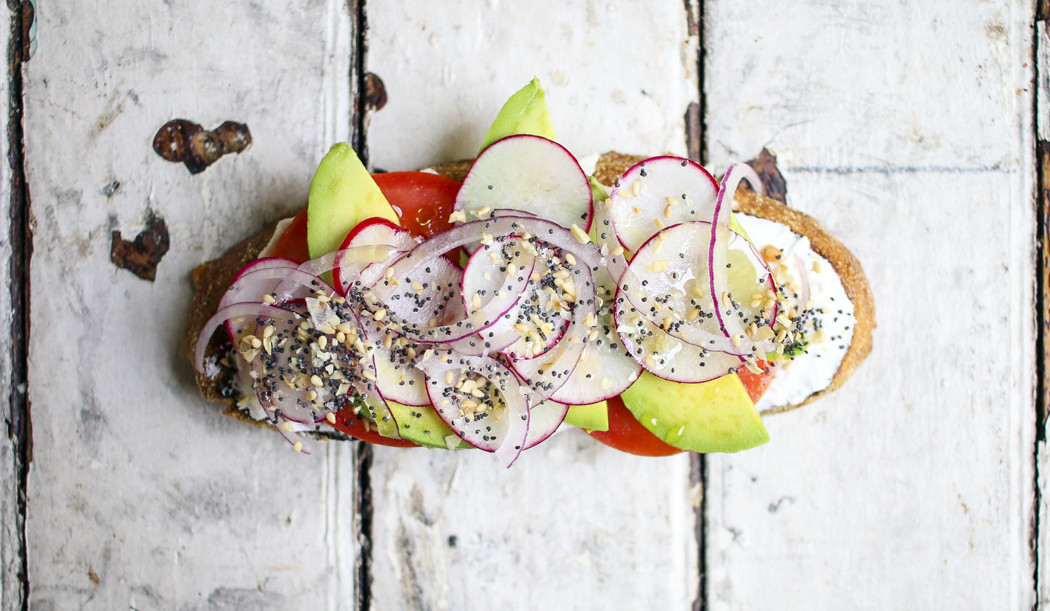 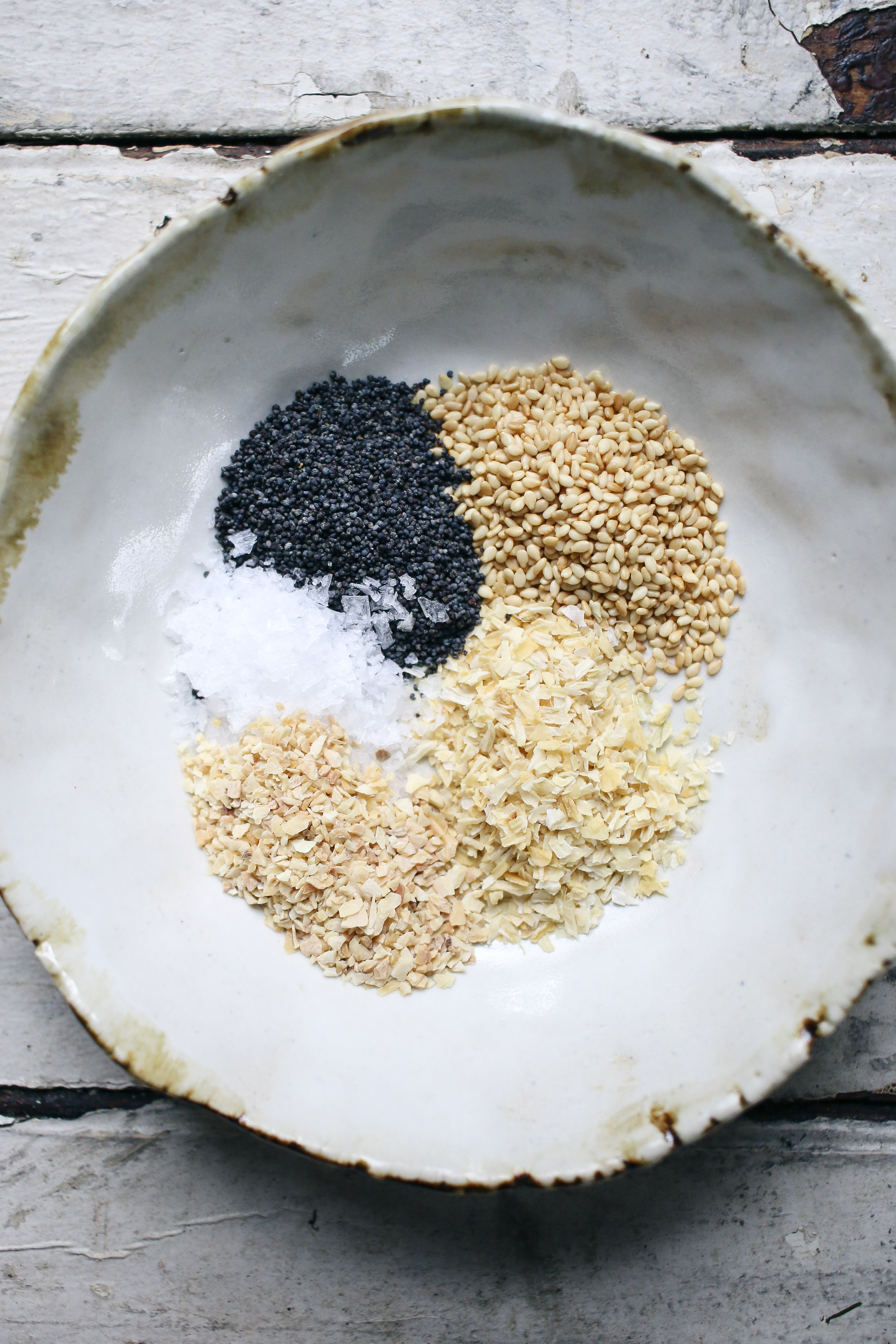 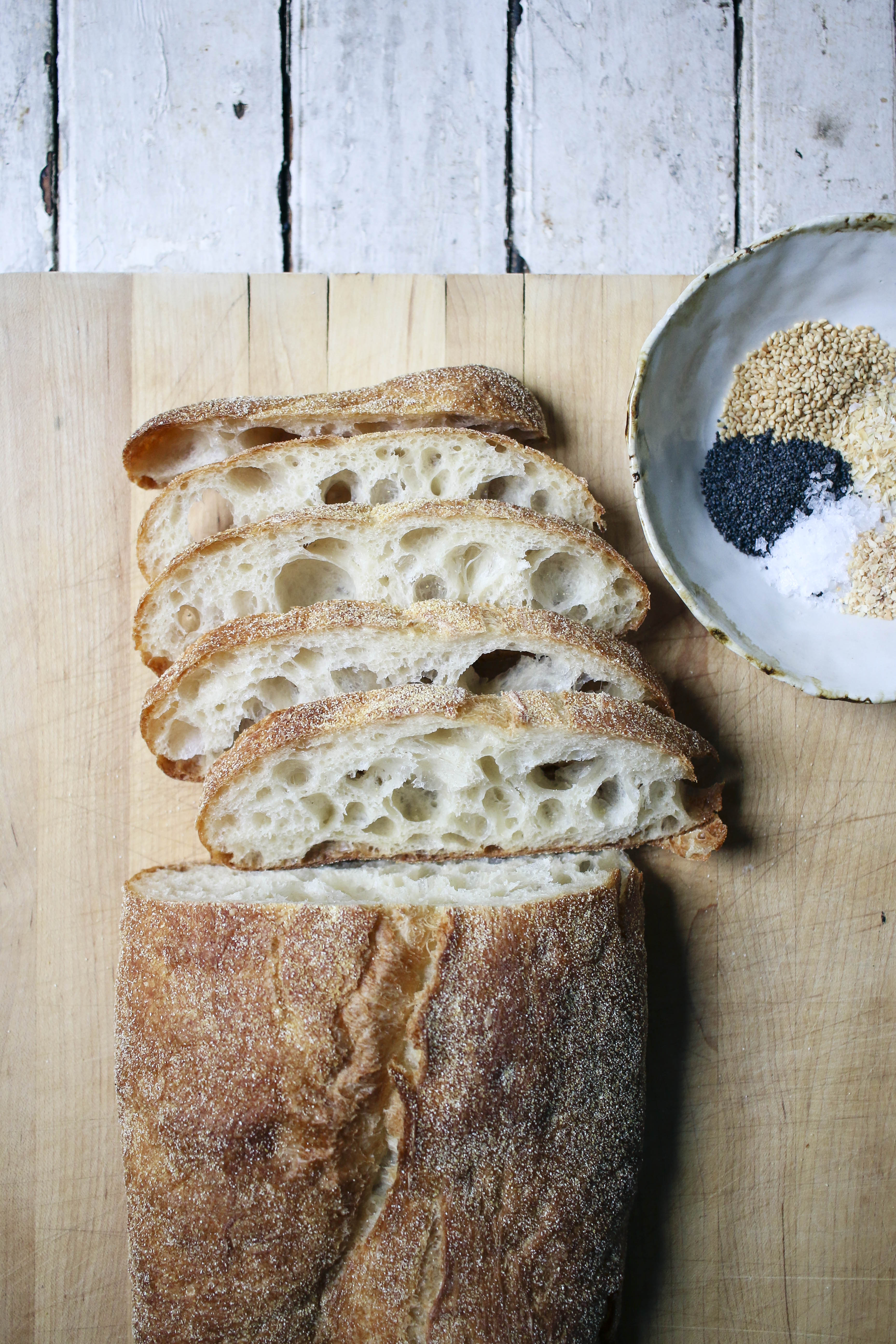 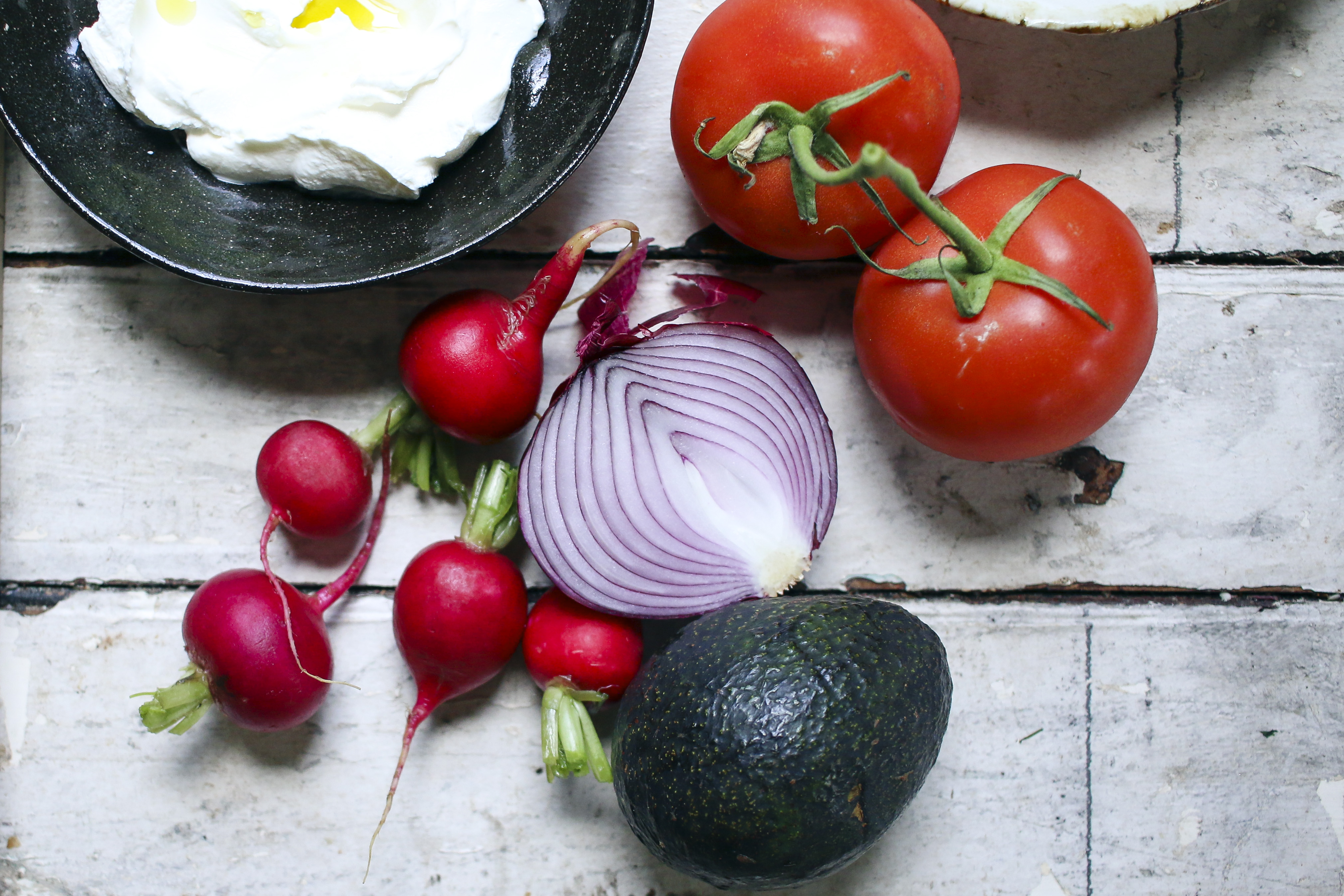 And if you’re super fancy, you’ll make this toast breakfast bar for your family and friends. Or just make it during the week and take down a whole ciabatta loaf on your own. Just saying, it could happen. Find yo’self some labne, a strained and slightly salty yogurt. If you can’t find it, *eyeroll*, you can always just use some cream cheese. Temp Tee whipped is my fave even though I haven’t seen it in years. Please send me some if you find it. 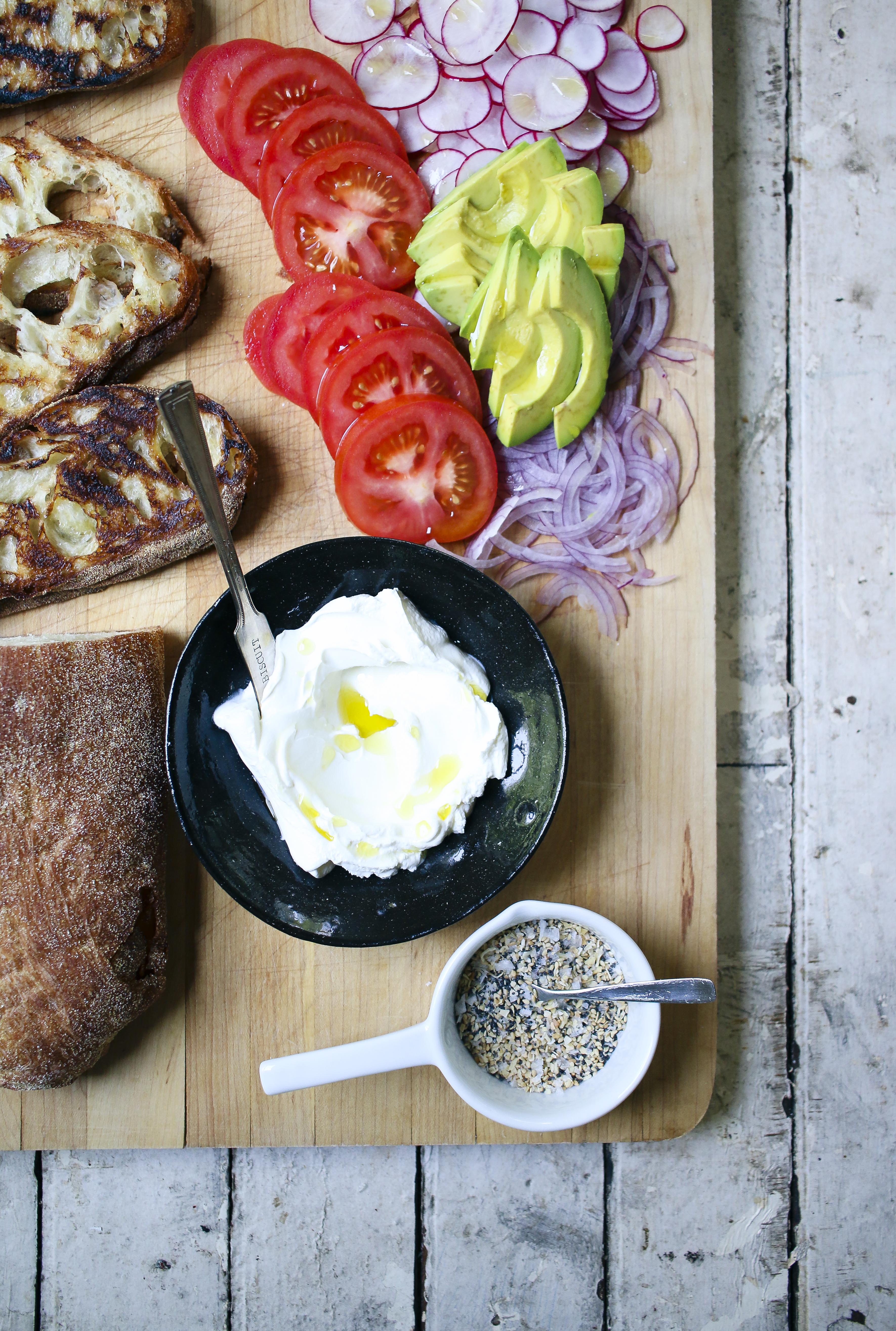 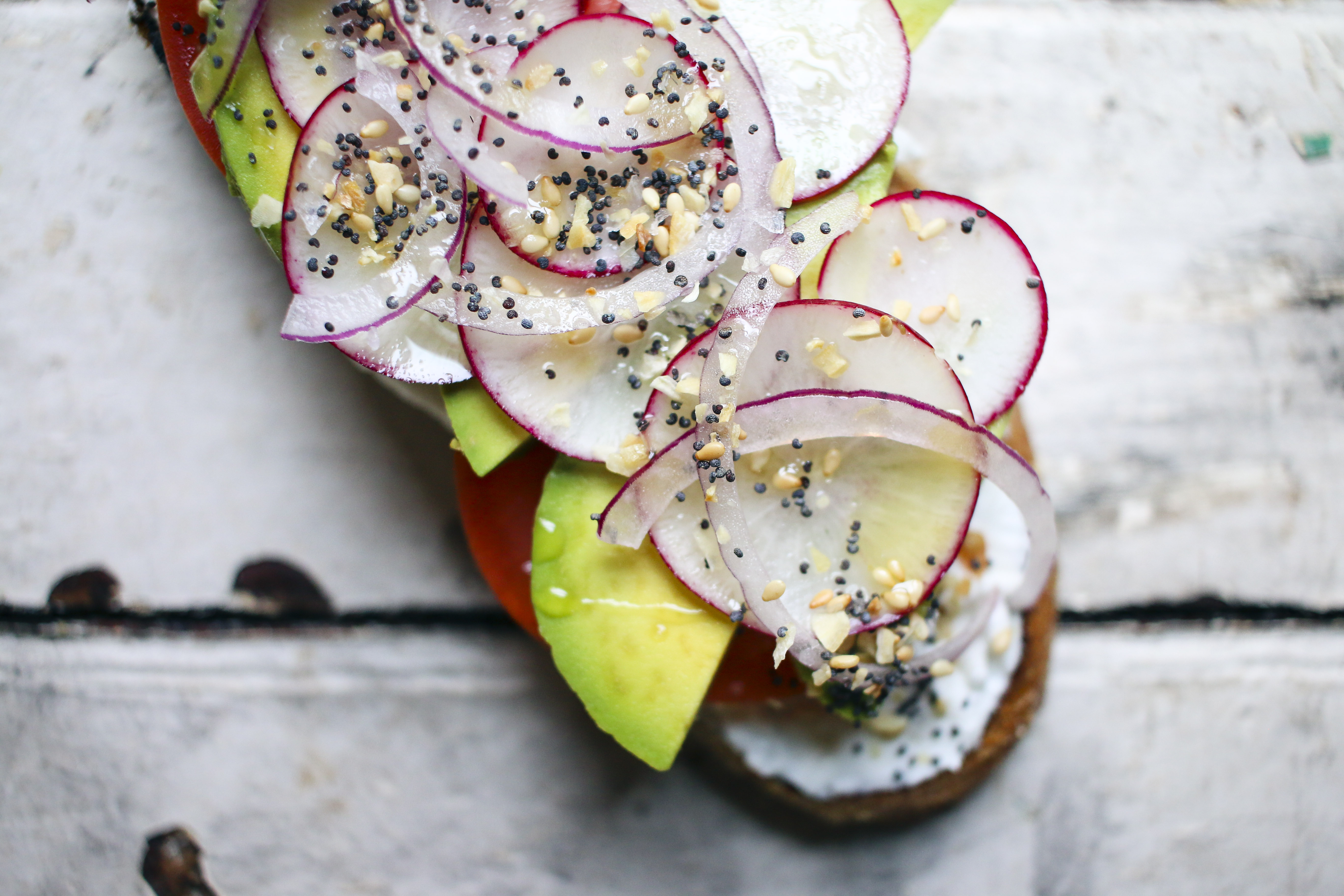 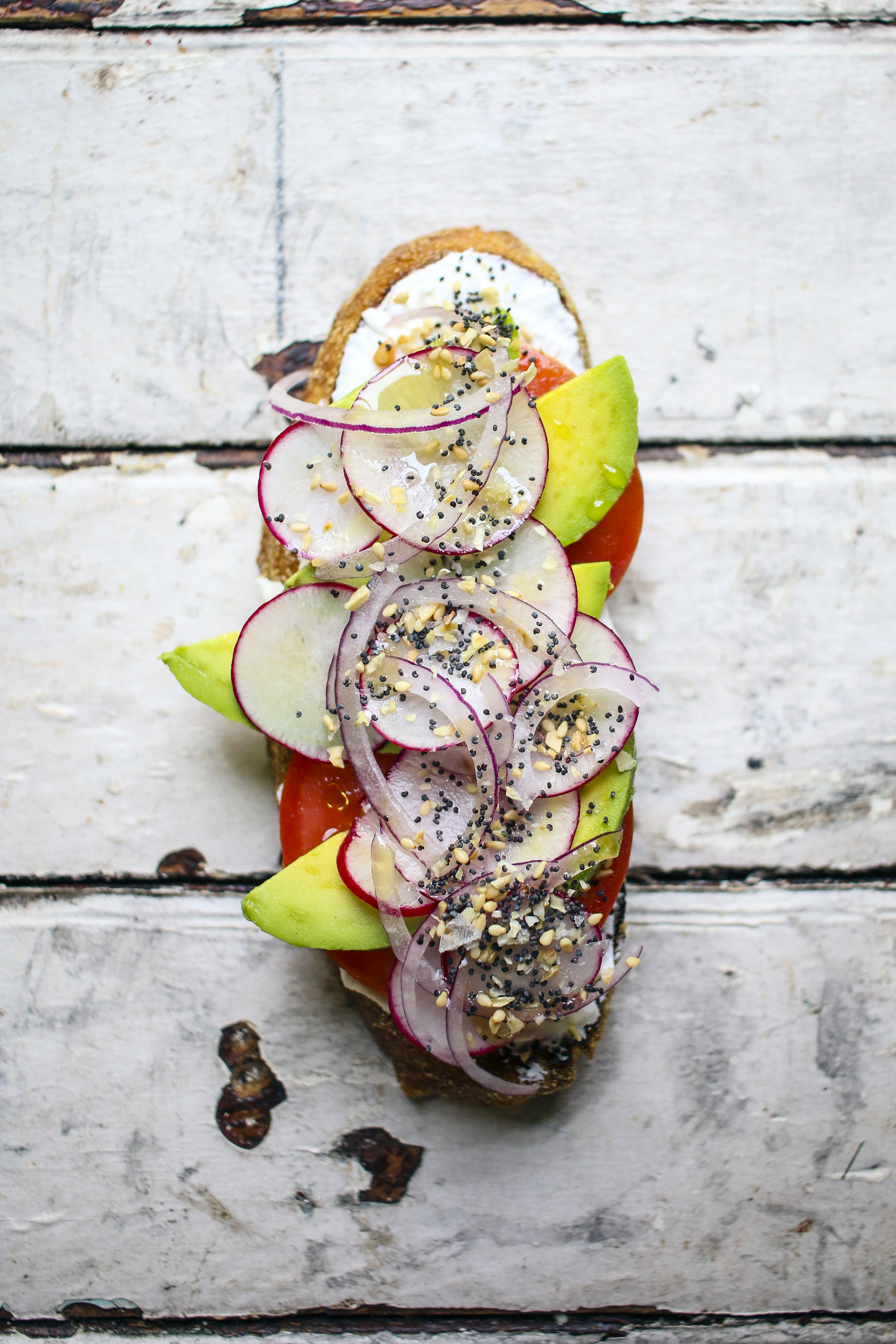 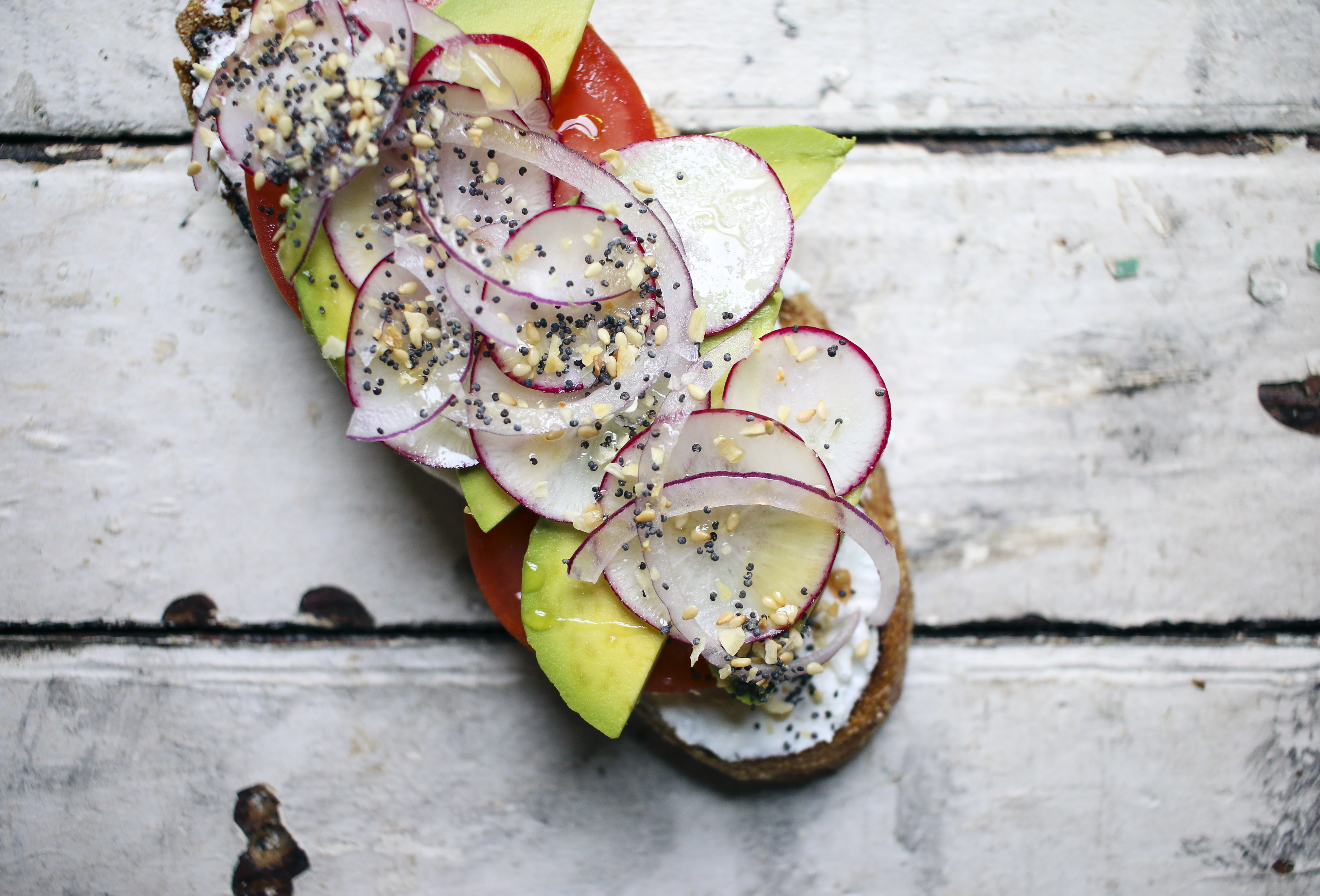 WITH LABNE AND TOPPINGS

1 loaf ciabatta, sliced and grilled or toasted
Labne, or cream cheese
red onion, sliced paper thin
avocados, sliced
tomatoes, sliced
radishes, sliced
olive oil
Combine the poppy seeds, sesame seeds, garlic and onion flakes in a small bowl. Lay out the toast “fixings” nicely on a cutting board. Let everyone assemble their own. Make more everything bagel spice. Put it on all the things.

Alternatively, you can just mix in the everything bagel spice into the labne. Two birds, one toast. 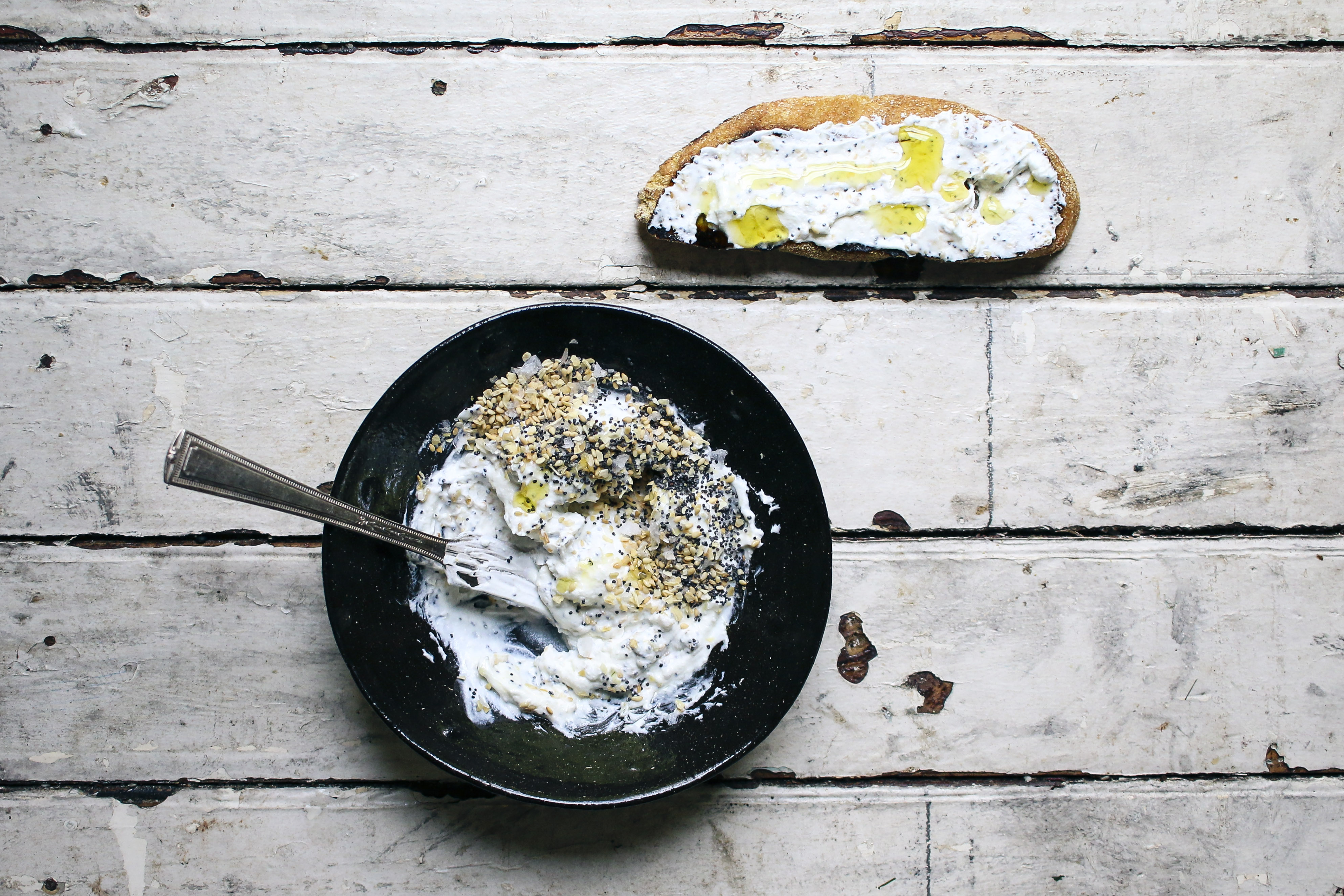