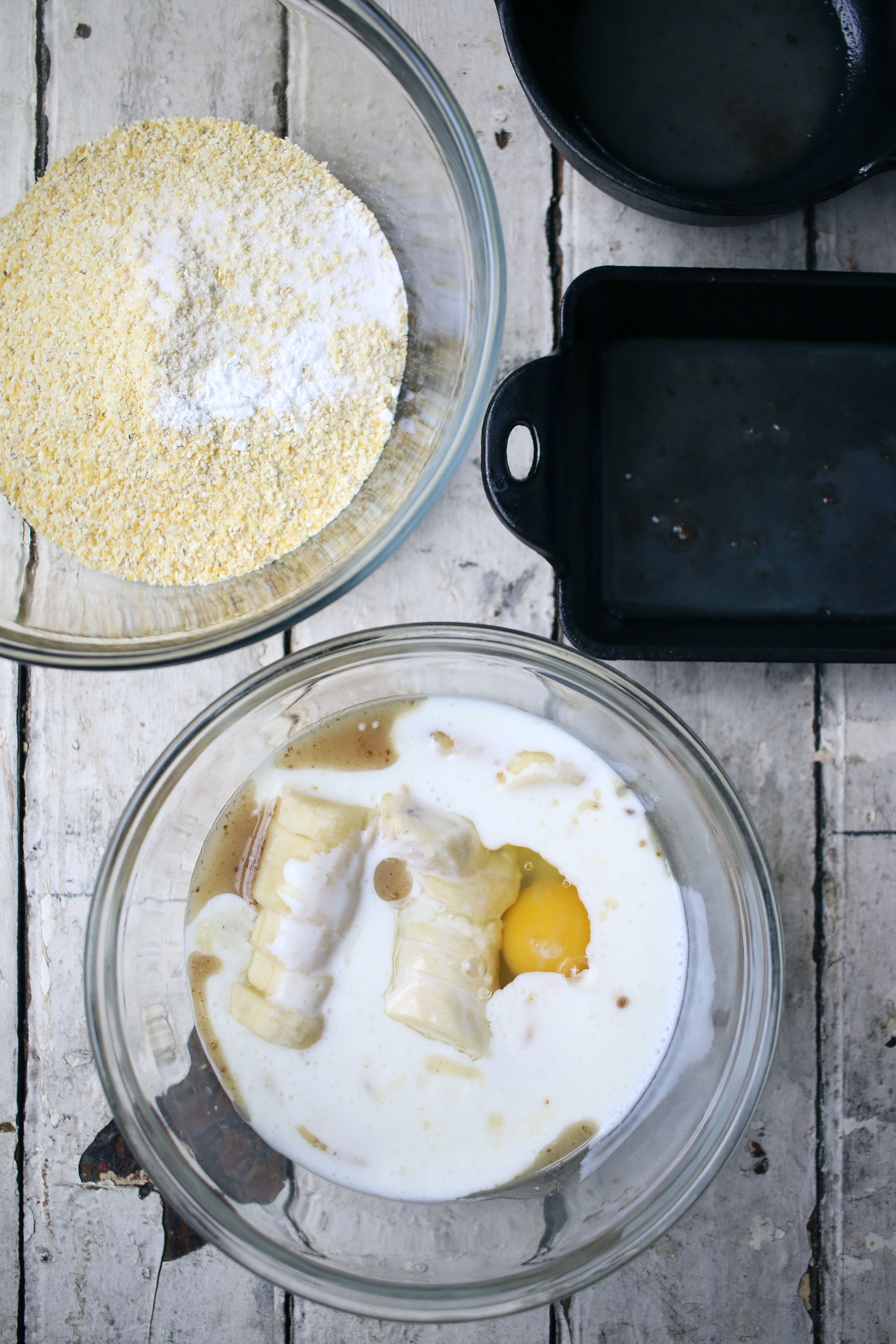 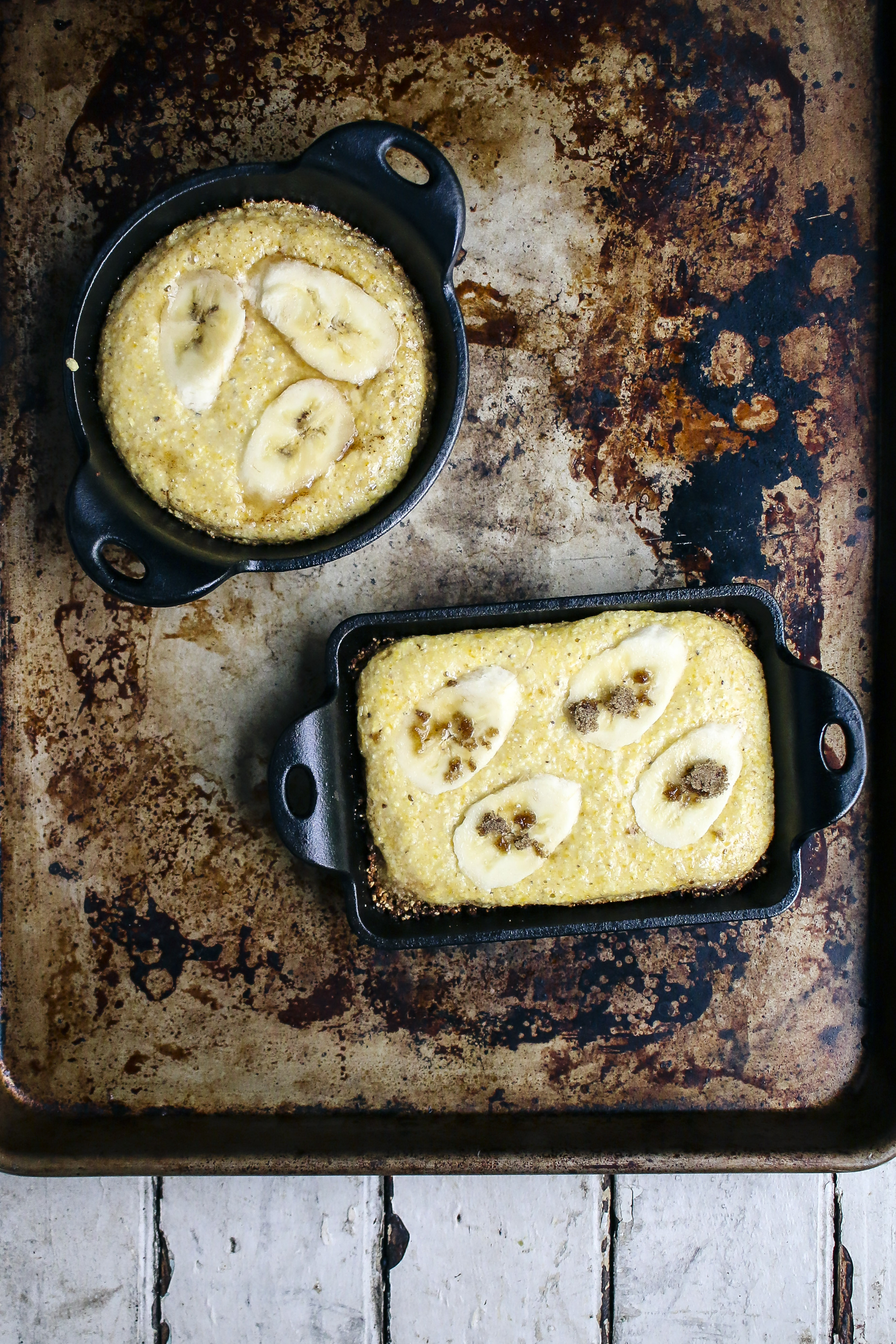 I would like to take this opportunity to thank you for being the one to catch my cornbread attention. As a New Yorker and Torontonian, I believed that cornbread was something that was made for Thanksgiving brought by someone who didn’t know what else to bring. Now, I’m not saying that you are the beginning and end to all cornbread, but you were the one that sparked this delicious interest. I’ve taken your Cracklin’ Cornbread recipe and made it my own by adding bananas. Because why not. I hope that no one’s southern grandma is turning in their grave. 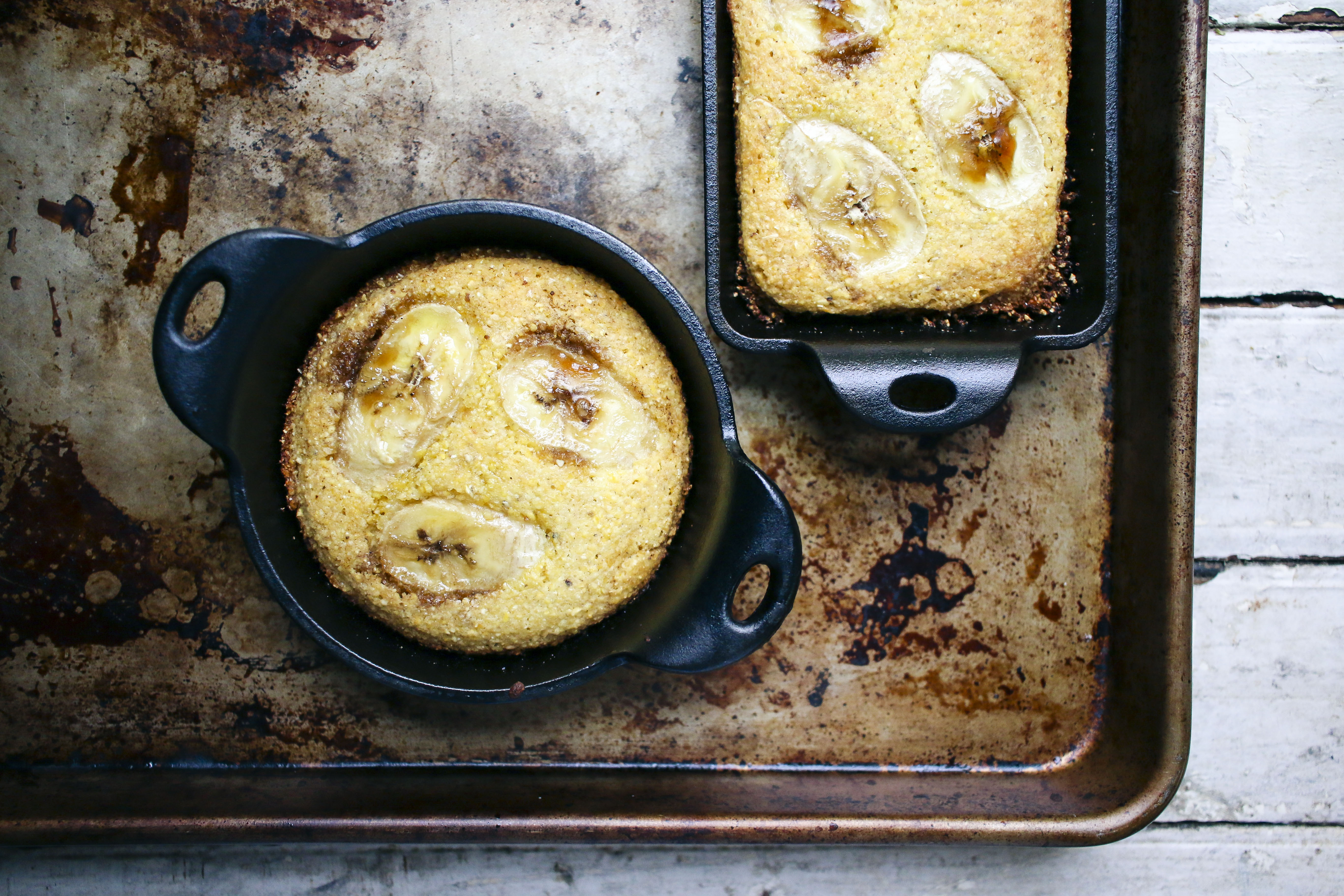 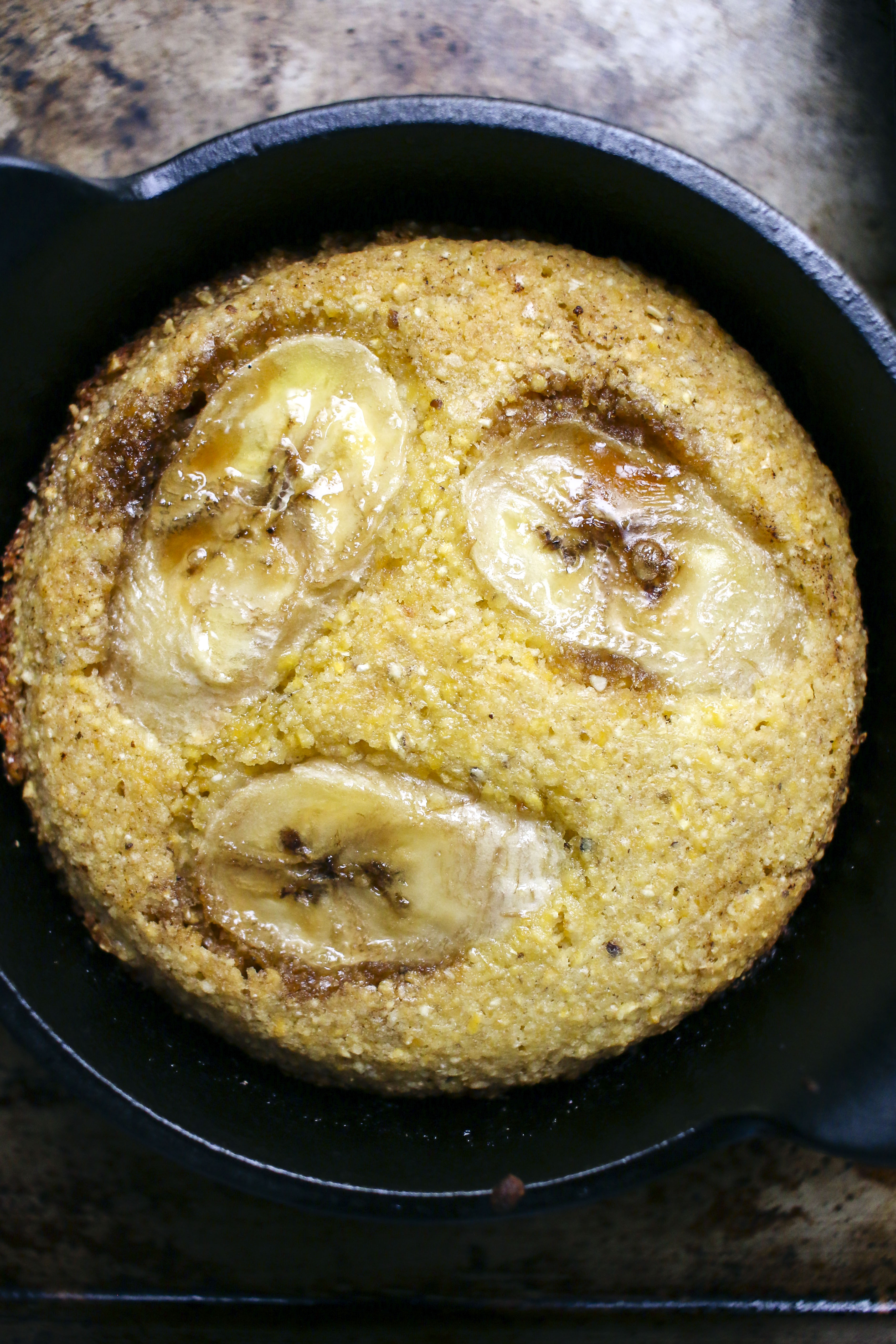 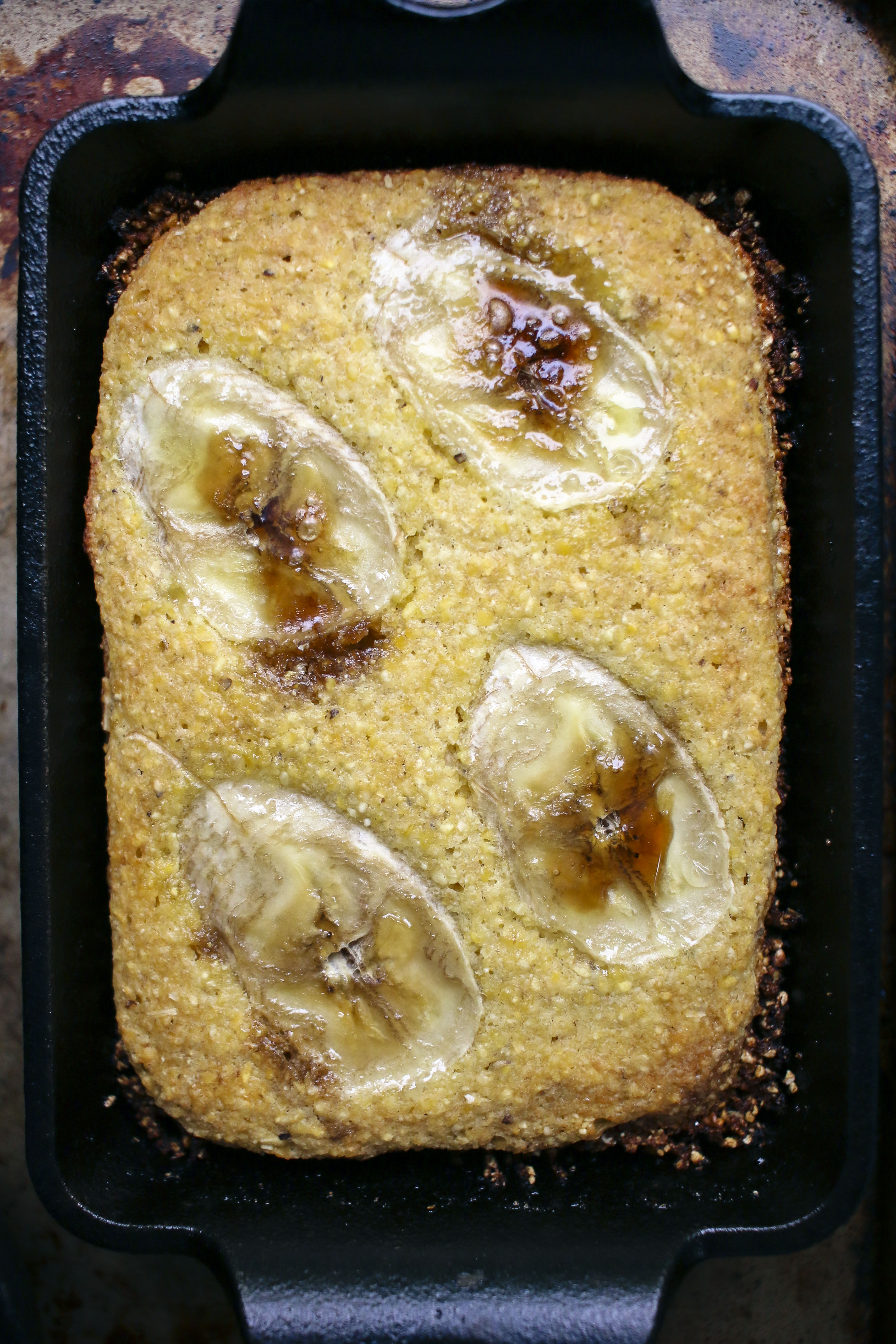 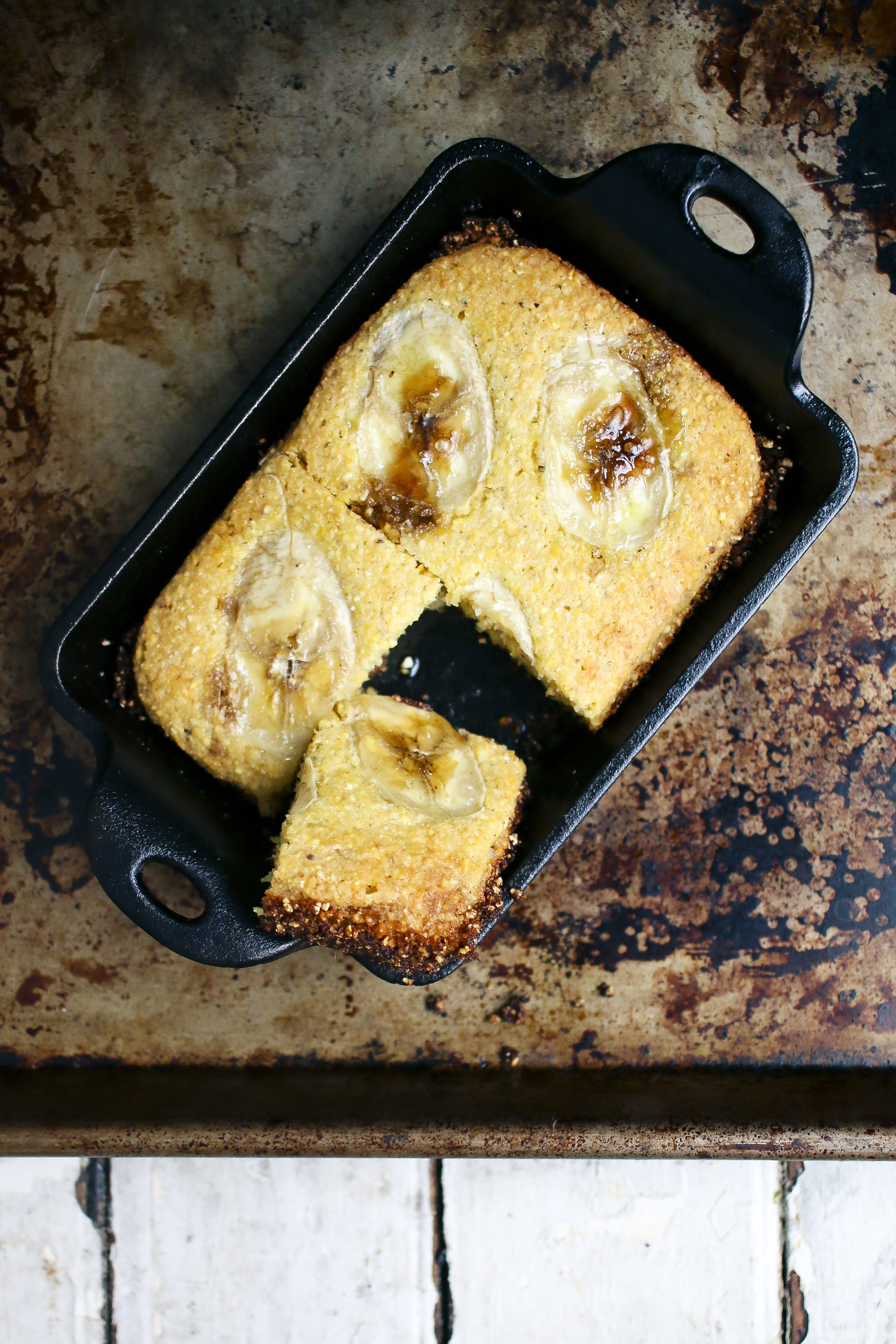 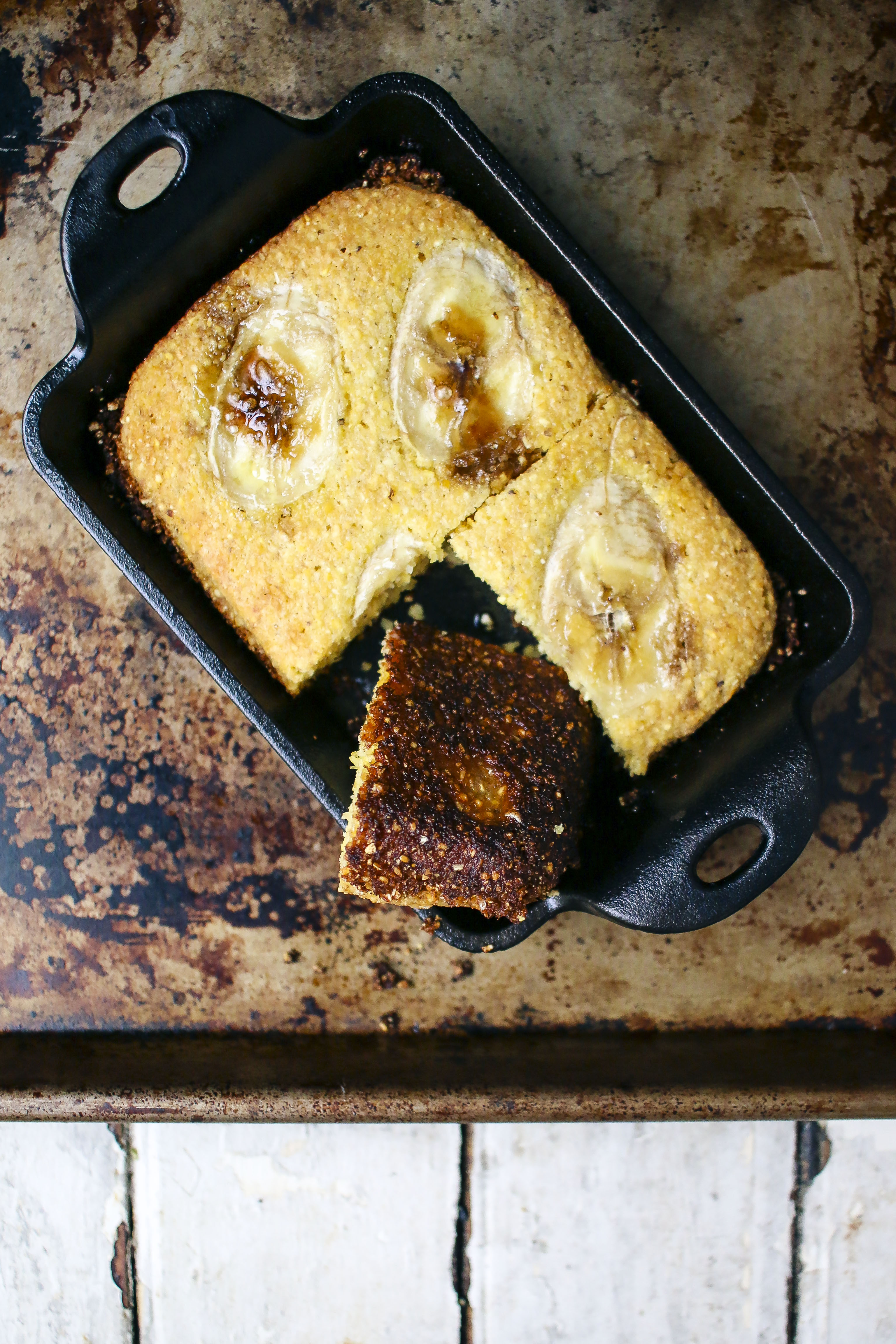 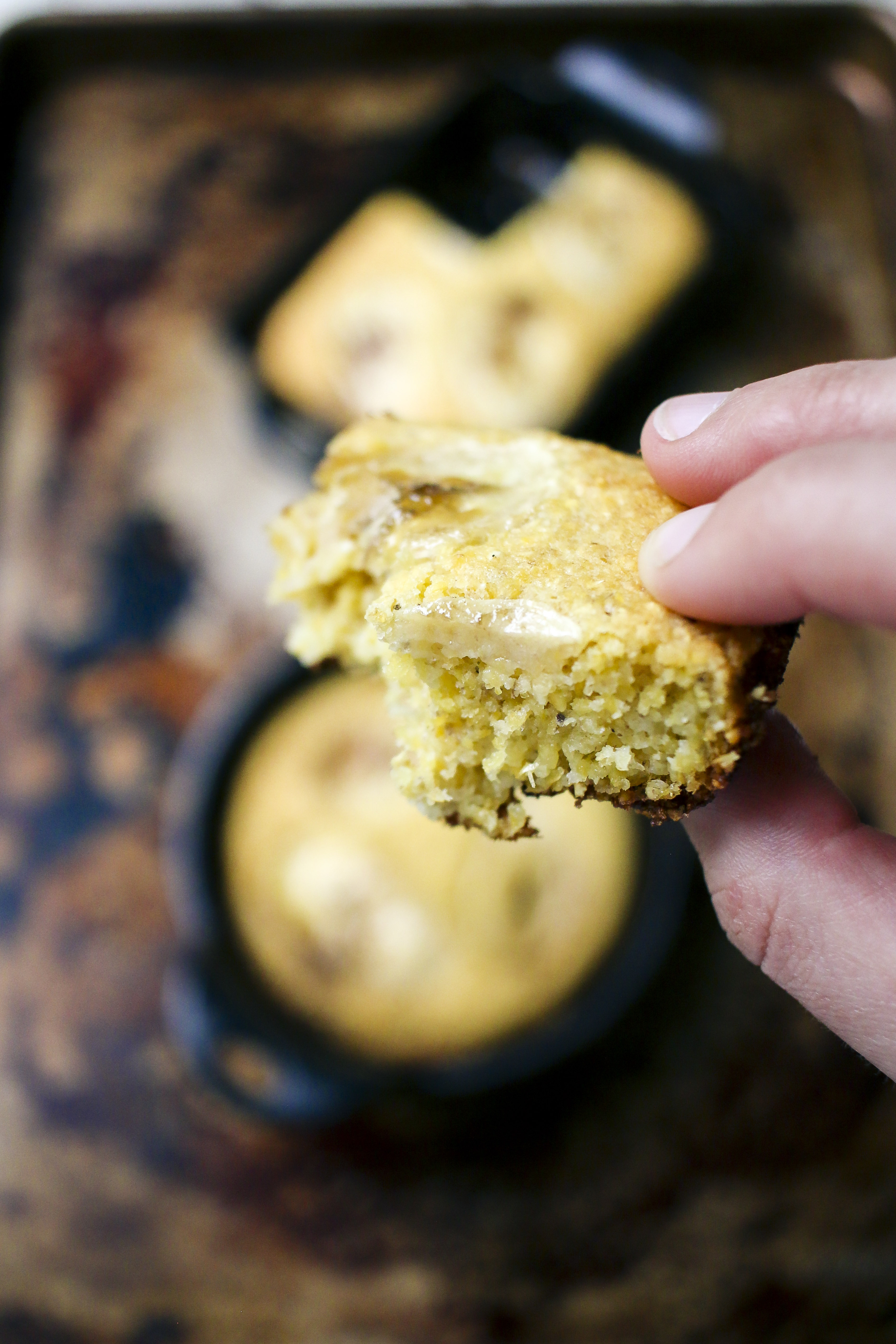 In a large mixing bowl, combine the cornmeal, salt, baking powder and baking soda. Place the banana, bacon fat, buttermilk and egg in a separate medium bowl and purée with an immersion blender until smooth. Alternatively, you can do this in a blender or even by hand with a whisk if the banana is ripe enough. Pour the wet ingredients into the dry ingredients and mix to combine until homogenous.

I used 3 small cast iron serving dishes to do this, but you can use one large cast iron skillet. Doesn’t matter the shape so much as it is important that you’re using a cast iron vessel for the cornbread.

Place the cast iron skillet(s) over high heat on the stove top. Add 1-3 tablespoons of bacon fat and swirl to coat. You want it to be smoking hot before pouring in the batter. Once it is, pour in the batter and distribute it evenly. It will sizzle and begin to develop that beautiful crust. Place a few sliced bananas into the top of the batter and top with a bit of brown sugar.

Transfer into the oven and bake for 15-20 minutes until cooked through and the brown sugar has caramelized. Enjoy![/two_third_last]

* I cooked a quarter pound of good quality bacon to get the amount of rendered fat that I needed for this recipe. I ate the bacon.