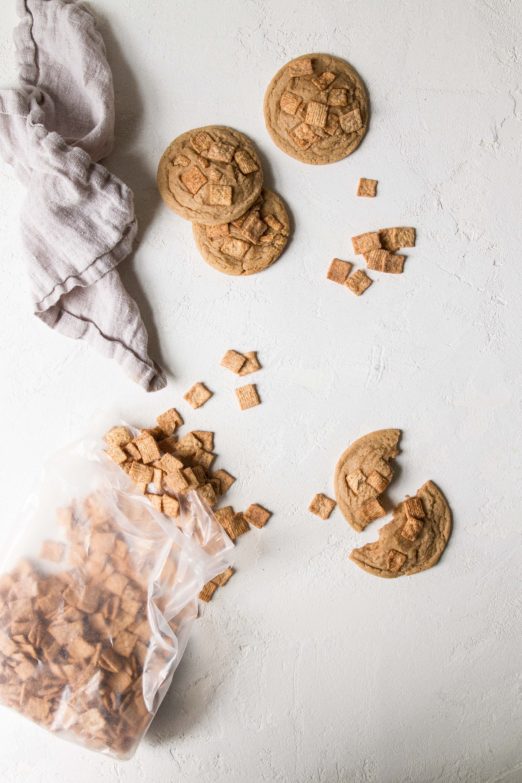 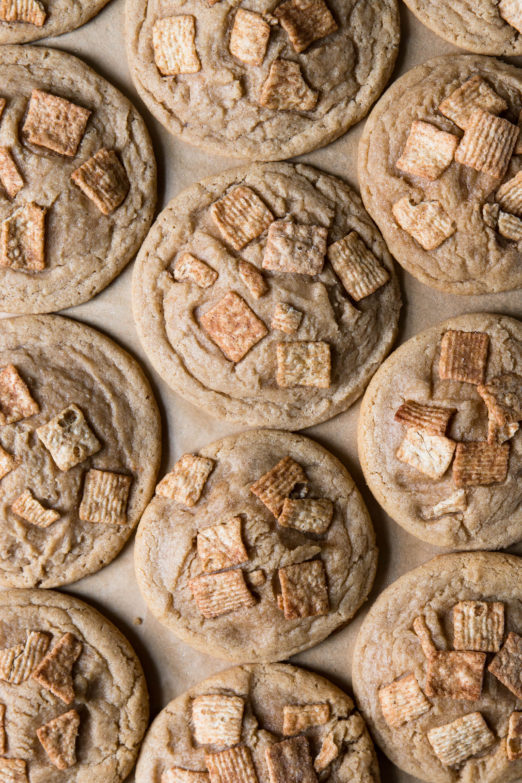 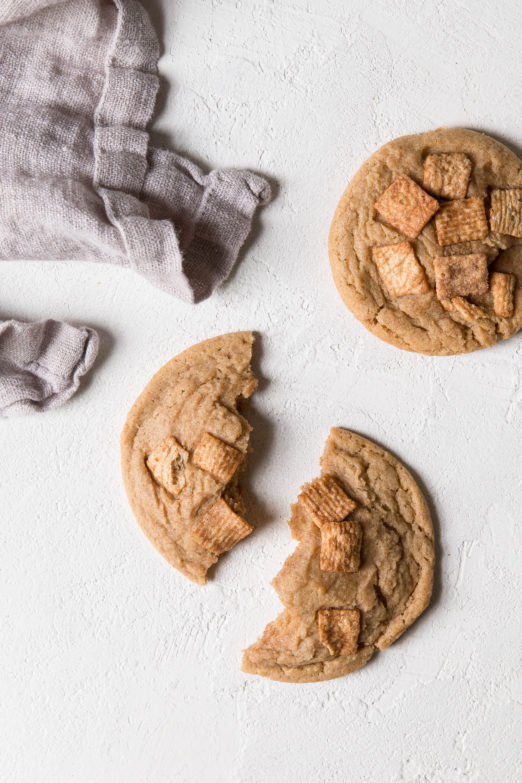 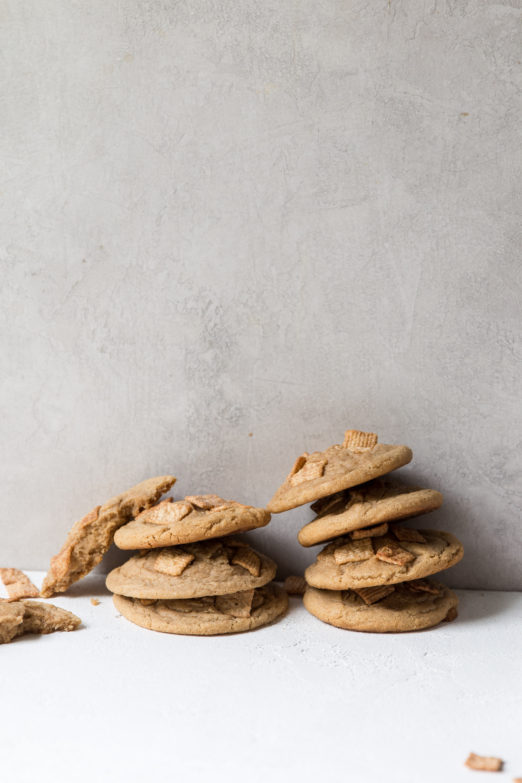 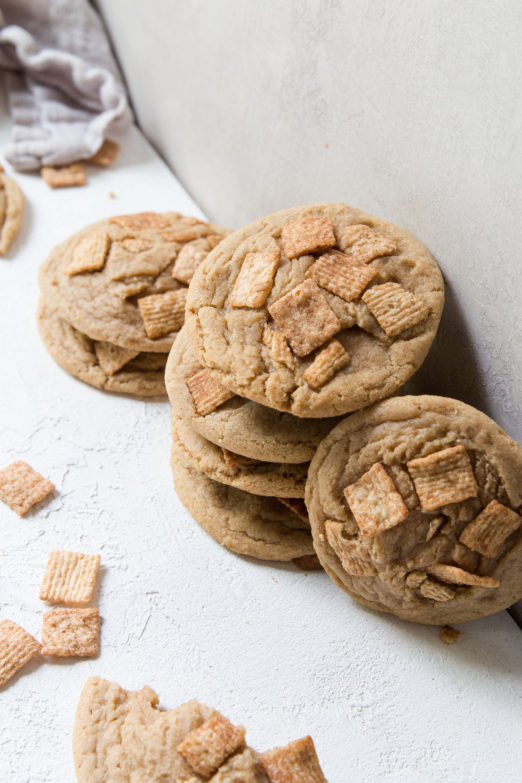 After a recent beloved childhood cereal purchase at the grocery store, I realized that my love for Cinnamon Toast Crunch has only grown over the years. There is a flavor there that cannot be replicated in any way. That cinnamon-y, sugar-y, salty flavor has stayed the same for so many years. It was my favorite flavor of cereal milk, though Golden Gram milk also came in close second. I’ve tried making cookies that are filled with CTC but found that the cereal just ended up getting stale in the process.

So when you look at these cookies, it may seem like they are just your basic brown sugar cookie with a bunch of cereal just stuck on the top. WRONG. You know nothing Jon Snow. It hit me one day when I was browning some butter for my Brown Butter Tahini Rye Cookie Cups.

Why not infuse the butter with Cinnamon Toast Crunch? Just as you would infuse a cannabis butter? Like… why not?!?

Another “ah-ha” moment came when I was clearing out my pantry and found the milk powder that was about to expire (lies: it totally expired but I used it anyway). When you add milk powder to cookies, they get this je ne sais quoi about them. It also makes for a more tender cookie since milk powder is essentially just milk fat solids.

So now we have this, really delicious cereal cookie, with no actual cereal on the inside that tastes exactly like what you know Cinnamon Toast Crunch to taste like. Here are some thoughts and things that went through my brain as I tested these babies: 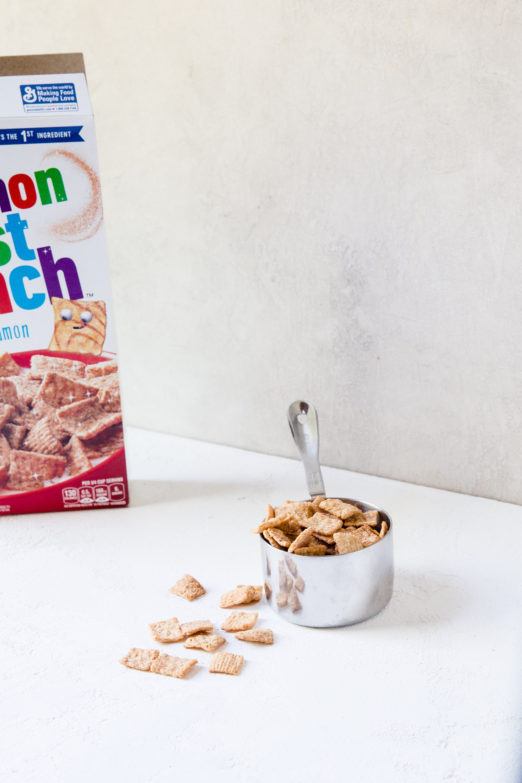 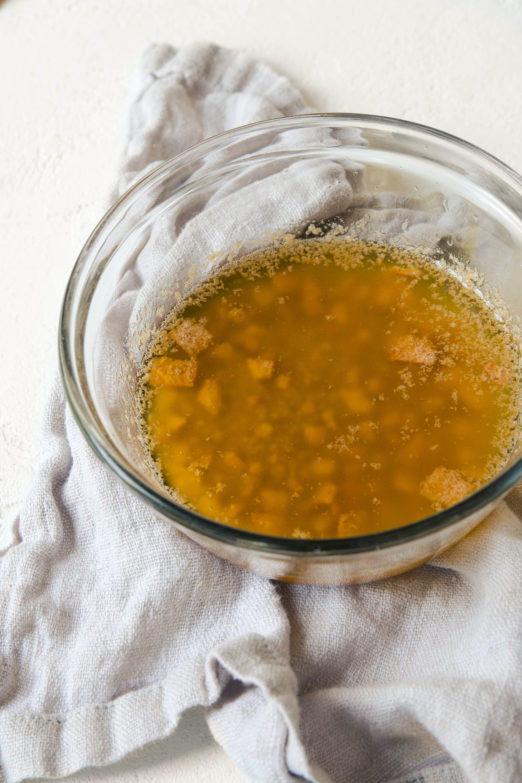 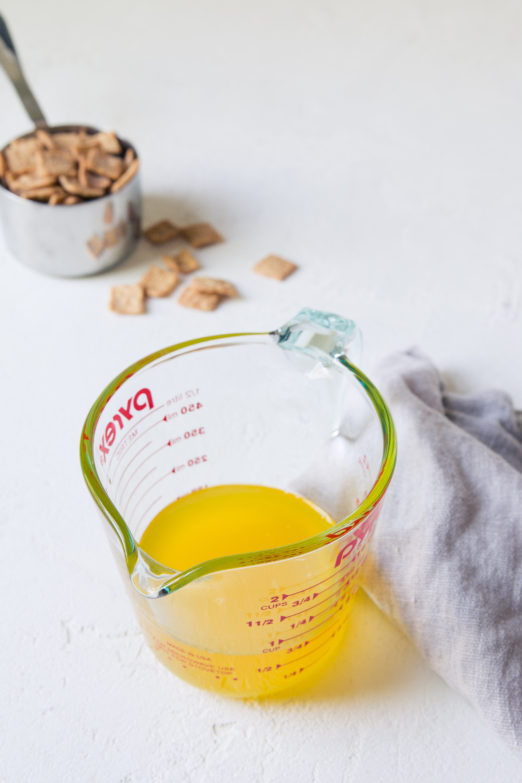 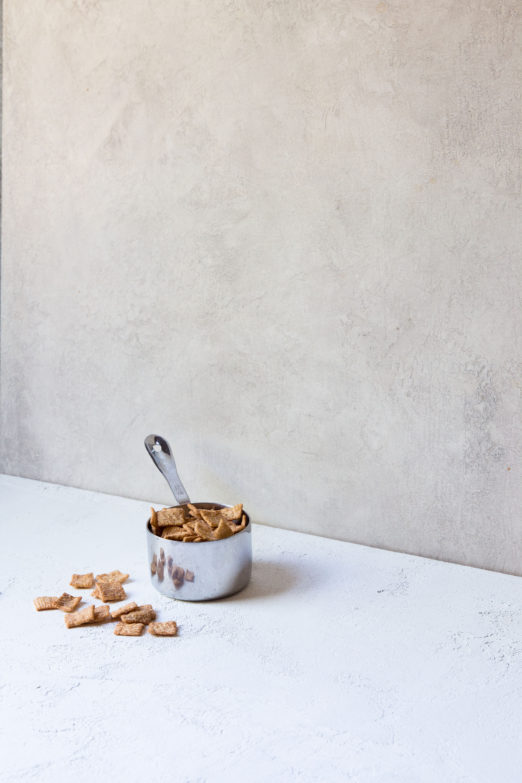 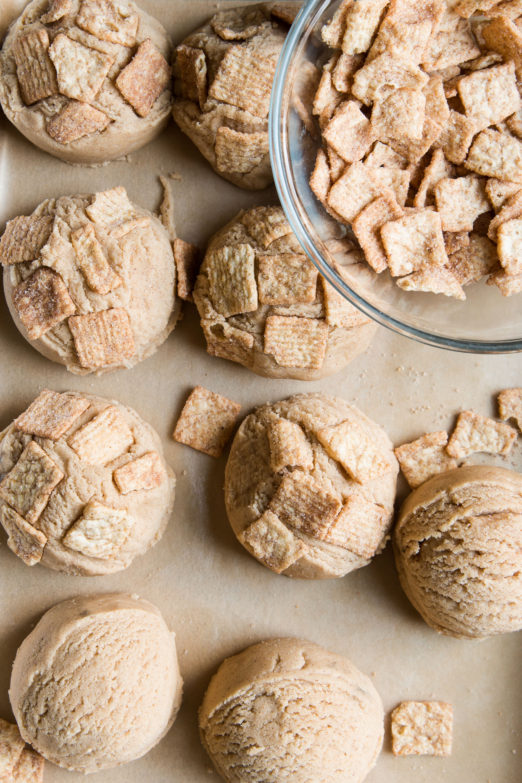 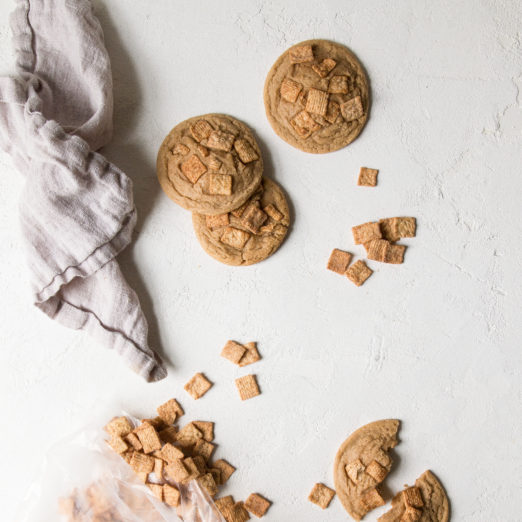 Melt the 2 sticks of butter in a small skillet over medium heat. After it has melted completely, add the crushed cinnamon toast crunch. Cook while stirring until the butter bubbles, about 1 minute. Immediately transfer to a heat-proof bowl and allow to steep for 15 minutes. Place a double layer of cheesecloth over a mesh strainer and strain the butter. Squeeze out as much of the butter from the pieces of the cereal by gathering the corners of the cheesecloth and twisting to wring all the butter out of the crumbs.

Chill in the fridge until it begins to solidify, stirring every so often, about 25-35 minutes. Alternatively, you can refrigerate until the butter has hardened and then take it out of the fridge to allow it to come to room temperature.

Weigh the infused butter, it should be about 150 g – 155 g. If you have less, add enough room temperature unsalted butter to get there. In the bowl of an electric mixer fitted with paddle attachment, cream the infused butter (which should be malleable and not very cold), light brown sugar, and sugar together on medium speed until light in color and fluffy, about 5 minutes.

Add the egg and vanilla extract and continue mixing on medium speed for another 2 minutes, scraping down the sides every so often to be sure everything is incorporated.

Combine the AP flour, milk powder, cornstarch, baking soda, salt, and cinnamon in a large bowl. Add to the mixer and combine on low until just combined.

Line a baking sheet with parchment paper. Using a 2-ounce (60ml) capacity ice cream disher (scoop with release), scoop out the dough and place on the baking sheet. Press 5 – 6 pieces of Cinnamon Toast Crunch squares into the each cookie dough ball. Wrap the baking sheet with plastic wrap and place in the freezer for no less than 12 hours. Do not skip this step. Cookie dough will keep in a ziplock bag in the freezer for up to 6 months. Bake them off as needed!

Pre-heat the oven to 350˚F (175˚C) and line a baking sheet with parchment paper. Space the cookie dough balls at least 3 inches apart. Bake for 14-16 minutes until the edges are just golden brown and the cookie is puffy. Allow them to cool before handling. 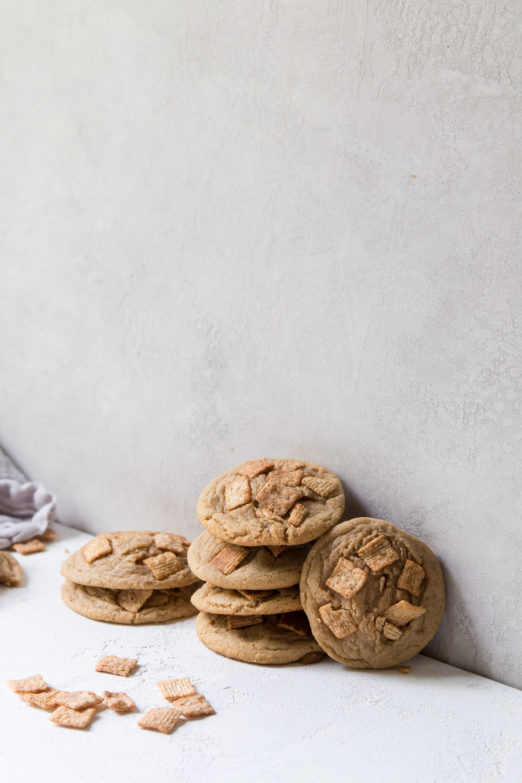 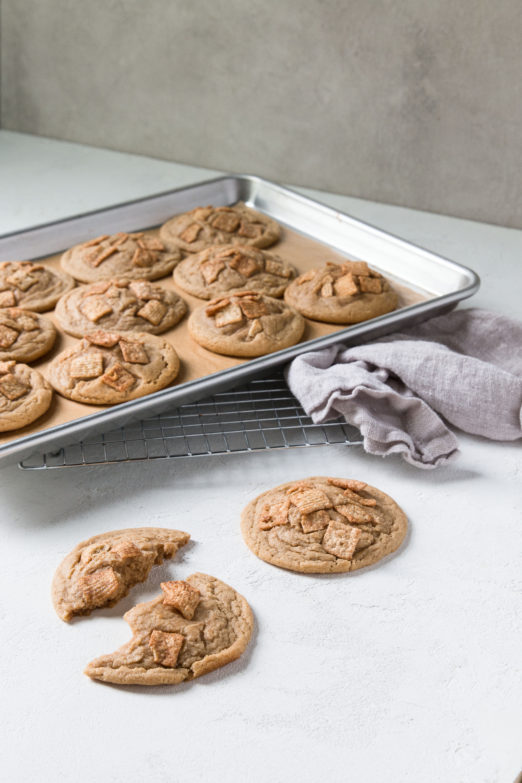