We have a grill!!! It’s a Coleman (Small Spaces) barbecue, so obviously, his name is Coleman. I feel complete.
I’ve been grilling since the minute it was built. I mean that literally. The second we tightened the last bolt and attached the propane, I threw on a couple of chorizo sausages and dirtied the whole thing up. It was glorious.

Okay… well… I actually couldn’t get the thing started for five minutes because I put the battery for the starter in backwards. I know! I know! There’s a picture showing which way it goes in but I just think that I know better.

I also went ahead and bought a “Be a Grill Master” book for my boyfriend, but I think that I’ll be using it more than he will. I hardly ever turn the stove on indoors during the summer. What’s the point? Okay, maybe to make eggs.

There’s nothing like a huge piece of meat searing on a hot grill. The sizzling sound gives me chills and my mouth begins to water. All you need is a spice rub and some corn on the cob.

Speaking about “National Days,” I hope everyone has a great 4th of July in the States, and a happy Canada Day on July 1st. What a great month. July is National Baked Bean month.

I apologize for all the “National Food Day” talk. Just happened to find this site that displays each “Food Day” for the whole year. You can check it yourself. I’ll stop boring you ’cause I’m sure you don’t care that the first week of July is National Canned Luncheon Meat Week. Gross. Not celebrating that.

To those unfortunate souls who don’t have access to a barbecue, you can also make this indoors. You’ll just have to boil the corn instead of throwing it onto the grill. And, you can cook the carne in a large skillet. That just doesn’t sound as fun.

This is a great recipe to make for the long weekend. Whether you are living in the USA or in Canada, have a happy and healthy holiday weekend! Celebrate with Mexican food, eat lots and dip yourself in a pool at some point. 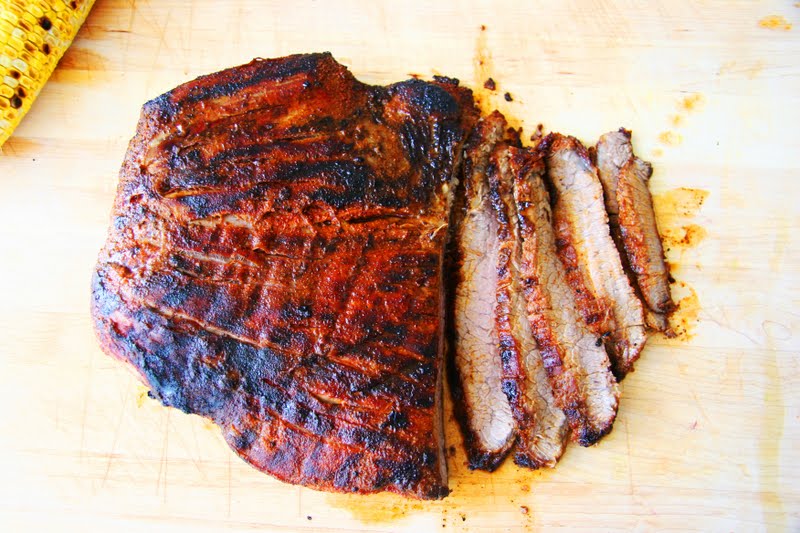 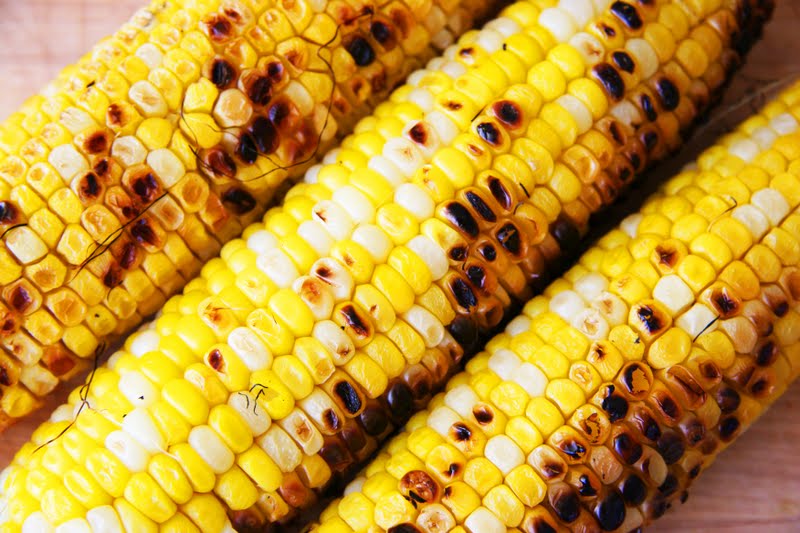 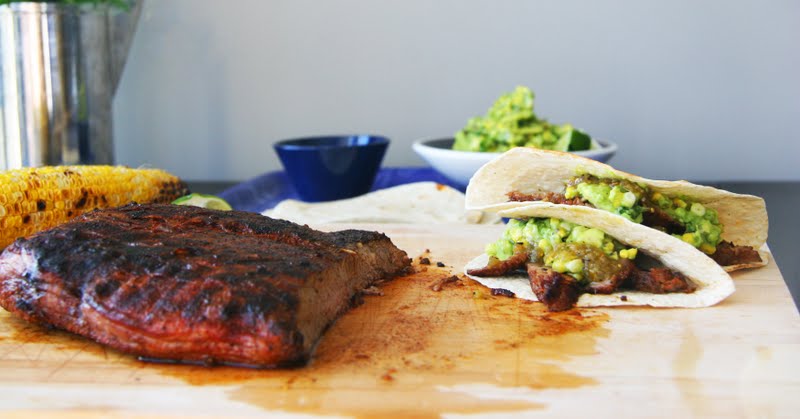 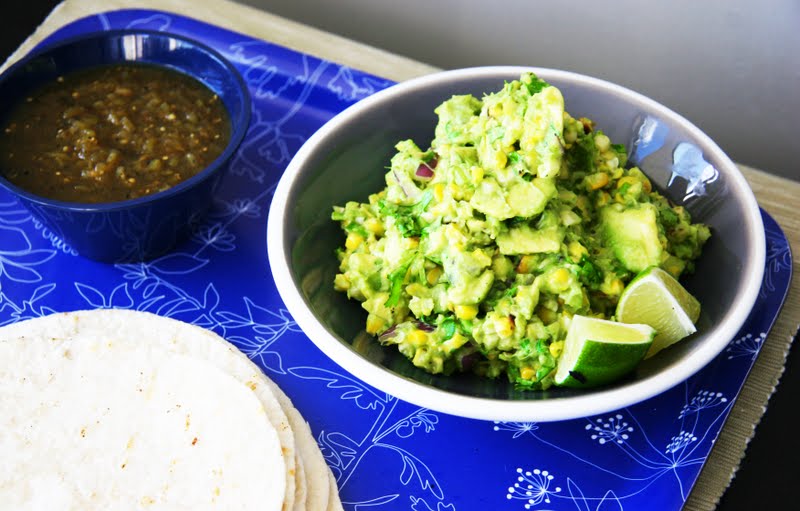 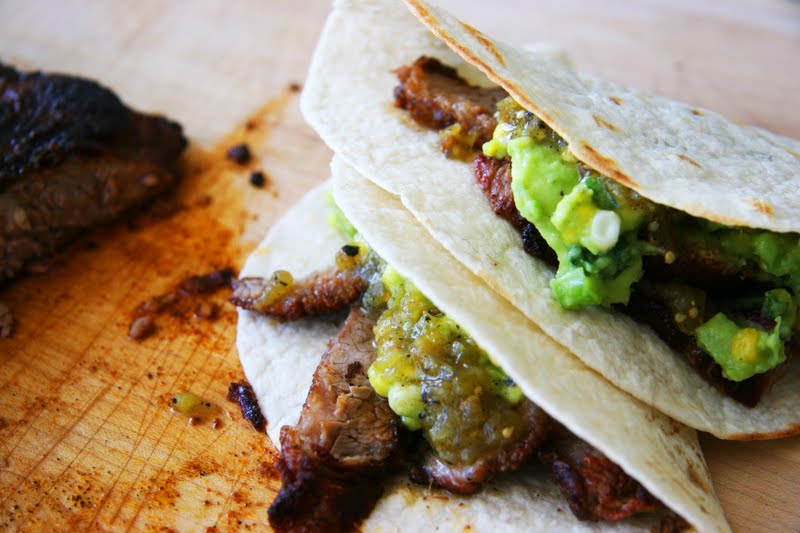 For the rest:
15-20 flour tortillas
your favorite salsa (I used salsa verde)

Prep the carne:
Combine the paprika, cumin, chile powder, salt and pepper in a small bowl until it is a uniform mixture. Rub the spice all over the meat until it is covered. Place in a ziplock bag and let sit in the fridge for at least 2 hours. It can also stay in the fridge overnight for more flavor.

For the guacamole:
Pre-heat the grill to medium-high heat. Place the cob directly onto the grill and keep the top closed. Turn the corn every couple of minutes. You’ll know when the corn is ready when the kernels are bright yellow. It will pick up some charring but you don’t want the whole cob black. This will take between 6-10 minutes.

In a large bowl, mix together the scallions, red onions, cilantro, schug/jalapeños and lime juice. Scoop out the avocado into the bowl and mash with the back of a spoon against the sides of the bowl. I leave it fairly chunky.

Cut the kernels off of the cob when the corn is cool enough to handle. Add all the kernels into the bowl and mix together. Season with salt and pepper to taste. Cover and leave in the fridge until you are ready to eat.
For the carne/tacos:
Pre-heat the grill to high. When ready to grill, brush the grill with oil (I use half of an onion to brush it on). Place the meat on the grill and close the lid. Sear it for about 4 minutes on each side for medium-rare. (6 minutes for medium). When you take it off the grill, lightly wrap it in tin foil and let it rest for at least 6 minutes.

While the grill is still on and hot, throw the tortillas on and give them a little char to bring out the flavors.
After resting the meat, slice it thin against the grain! Pour any juices on the sliced meat that may have been left in the tin foil from when it was resting.
Serve with the tortillas, guacamole, and your favorite salsa.
Enjoy!