Jump to Recipe
I don’t know why it’s happening, but after writing my second cookbook, Food You Love But Different, I’ve started to transition into creating recipes for pasta, toast, and sweets exclusively. Maybe it’s because there is a pasta and a toast chapter in the book? Or maybe it’s because it’s easy for me to throw together? Possibly because my girl loves pasta? Oh wait, it might be those four two-pound boxes of spaghetti I got from Costco, an impulse purchase. I can’t pin point it. Whatever it may be, I’m not upset about it.

I have become obsessed with searching the internet and my 5 pasta cookbooks for simple pasta recipes since “the transition”. I came across this nice little tidbit in Zoe Weiner BA article: a single strand of spaghetti is called spaghetto…

and gnocco is one gnocchi…

and I will never be the same. At least I’ll have the right words to use when answering my mom’s daily question about how my daughter ate her dinner.

This vegetarian (and could be made vegan) spaghetti dish looks deceiving. It appears to be your basic glossed, creamy, pasta that borders a carbonara and a vodka sauce. But she aint that. She’s got some hidden powers: curry powder. It’s my dad’s secret weapon in his tomato salads and scrambled eggs. I learned to use the spice in small amounts to add warmth and flavor to almost anything from a slaw to, well… this pasta. Not just for chicken and chickpeas.

When I buy curry powder I go for a mild yellow one. When you find a brand that you like, stick with it. You can make your own mix too which would be fresher for sure, but I don’t mind a good store-bought one.

Instead of using heavy cream, which was my original thought when creating this recipe, I checked my pantry to see what was there and found a can of coconut milk which was next to the massive jar of sun-dried tomatoes, another Costco impulse purchase. And that’s how this recipe all came together.  Take that and check out your pantry for dishes you can make with whatever is in there. Pasta dishes are the easiest to clear out that pantry which is what is on my to-do list this next week.

Thoughts and things I had while writing this post: 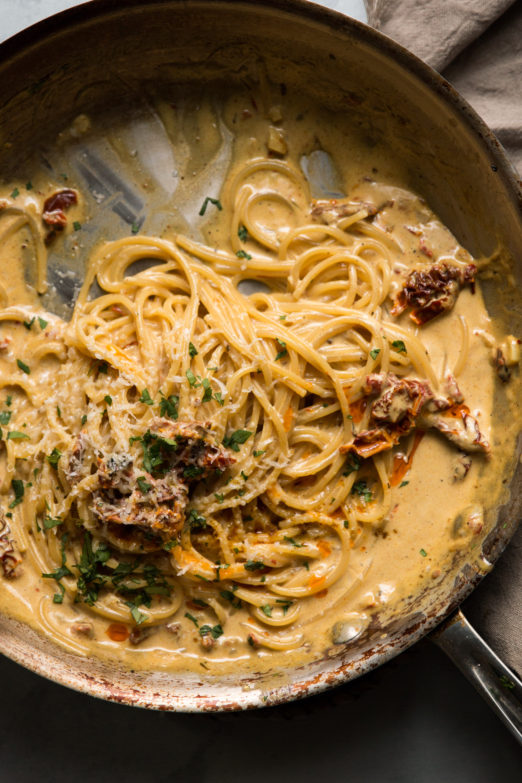 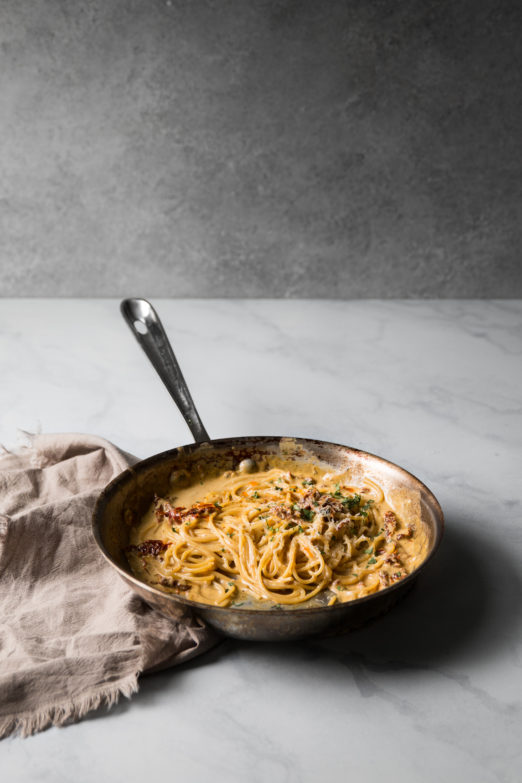 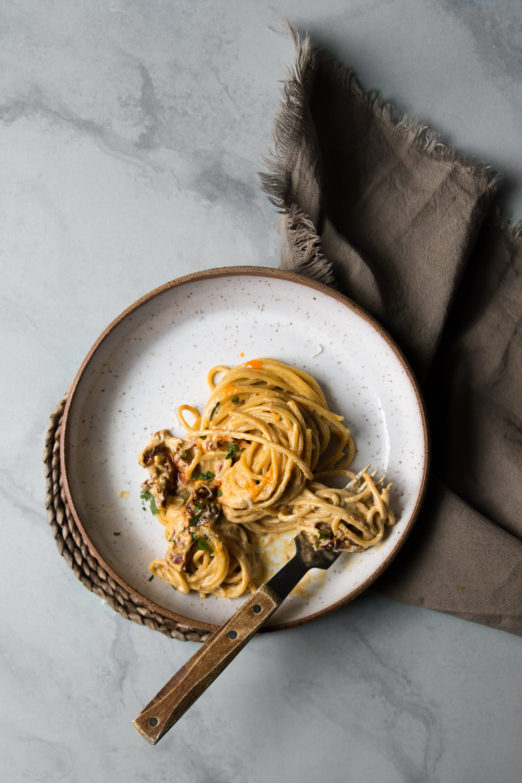 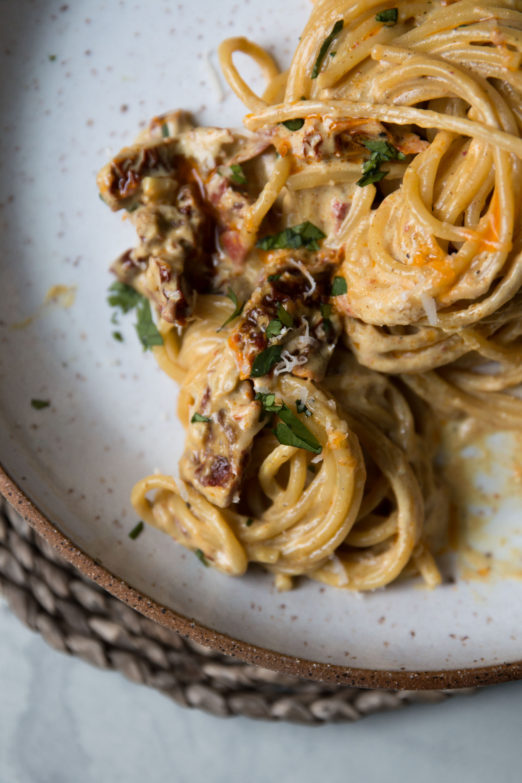 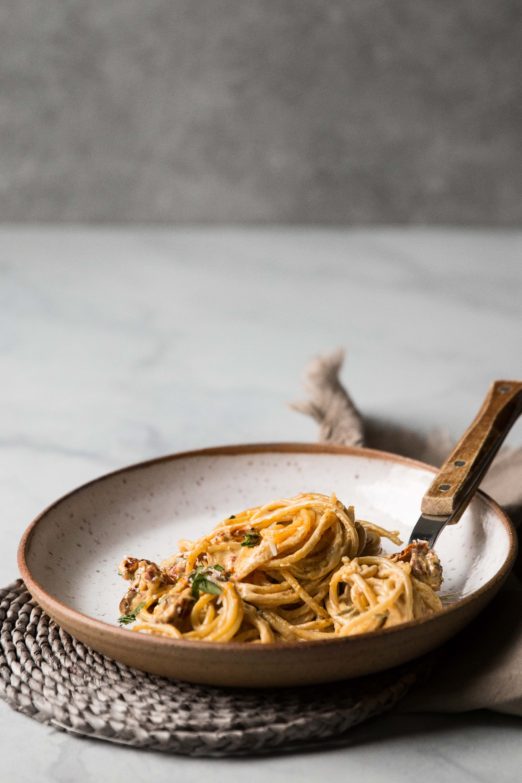 Spaghetti with Coconut Milk and Curry

This recipe can easily be made vegan by changing out the parmesan for nutritional yeast. You can add chicken or shrimp to this dish for a protein! 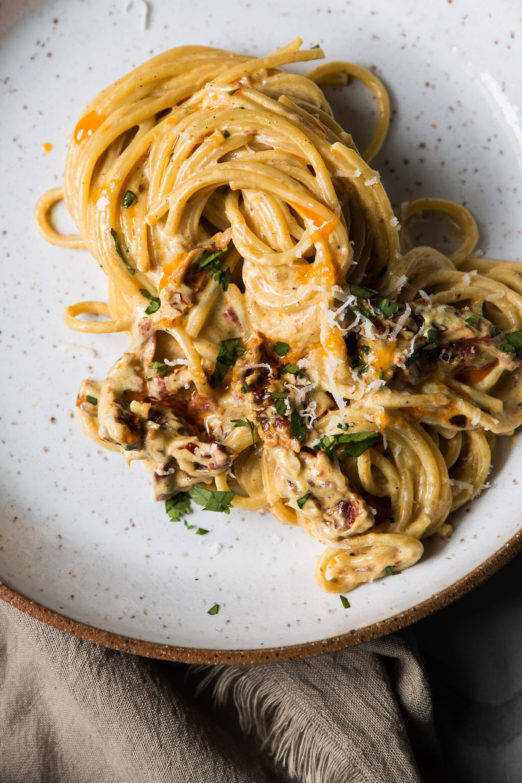 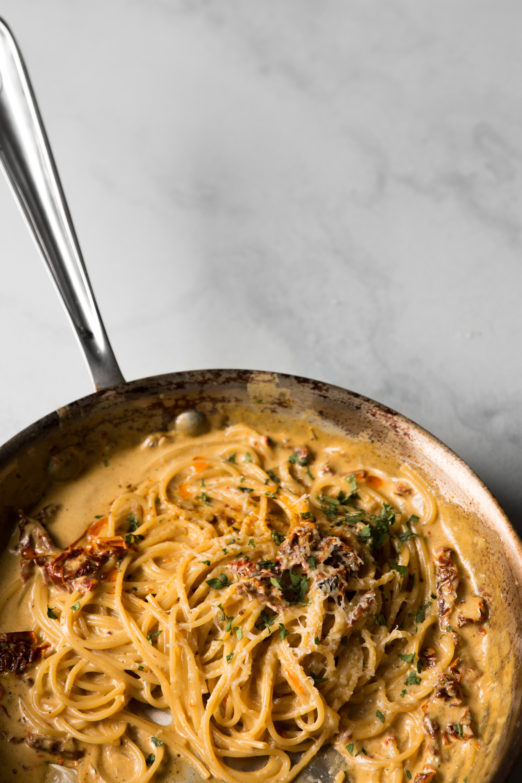 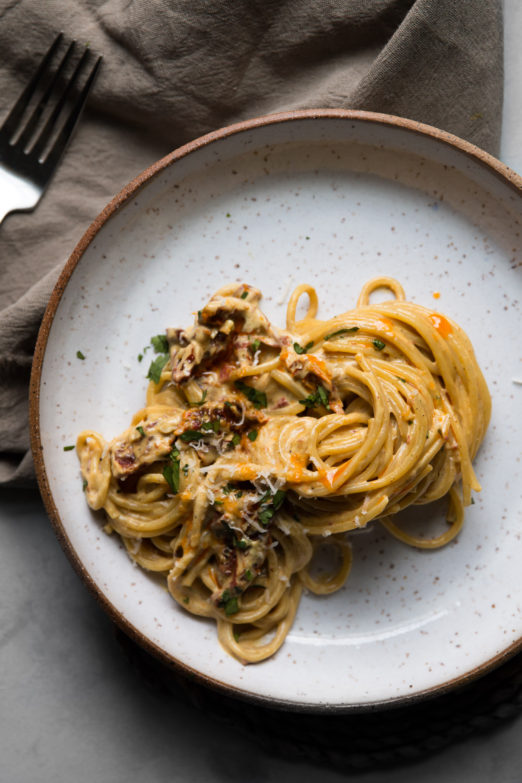