Jokes. I’ll tell you about hawaij

and this great tahini slaw. Yas. Tahini again. You know you love it. Hawaij

, a Yemenite spice mixture usually used to spice soups, stews, “curries”, as a BBQ sort of rub, in rice dishes, and mixed into coffee. Yas. Coffee. Think of masala chai but different. The combinations and quantities of spices will change from brand to brand and family to family. The basics are tumeric, cumin, cardamom, and black pepper. It’s delicious and works unbelievably well with feeeesh (fish).

Let me tell you about this slaw. It’s-gonna-be-a mixture of finely shredded white and red cabbage, with a touch of cilantro, sumac

, and black sesame seeds, tossed in a tangy tahini sauce. And it can be made vegan by changing out the honey for a different sweetener. This slaw needs to top a burger or a fried chicken sandwich or something. Keep it in your back pocket.

Be sure to toast the brioche bun nicely. I personally have a strong relationship with Lay’s® Salt & Vinegar chips, but if you have a favorite brand then go with that. You can find hawaij

on amazon and possibly at your international grocery store but I’ve given you a quick recipe for it if you can’t find any. A good substitute for mahi-mahi would be halibut or cod. Any meaty white fish will work. I like mahi-mahi because it holds up to grilling real well.

On another note, my herb garden is coming back strong. I thought they died on me when we had a few freak cold nights here in Atlanta, but those things are resilient. Also, I’ve listened to “I Keep Forgetting (Every Time You’re Near)” by Michael McDonald about 17 times today… and counting. 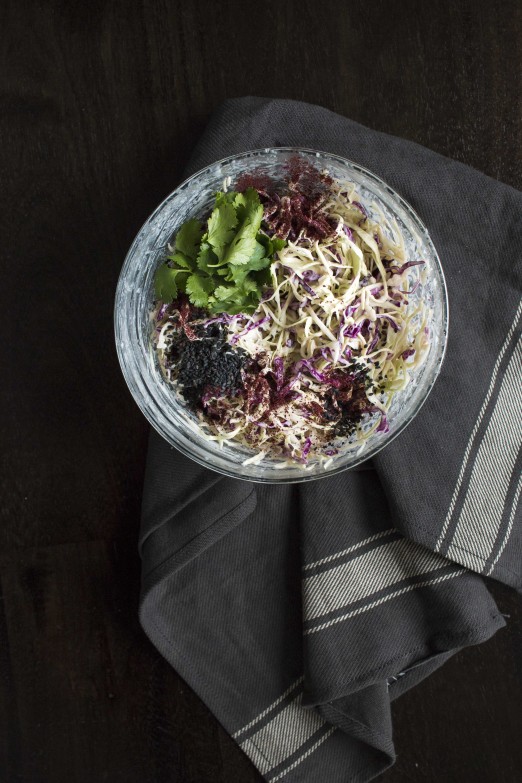 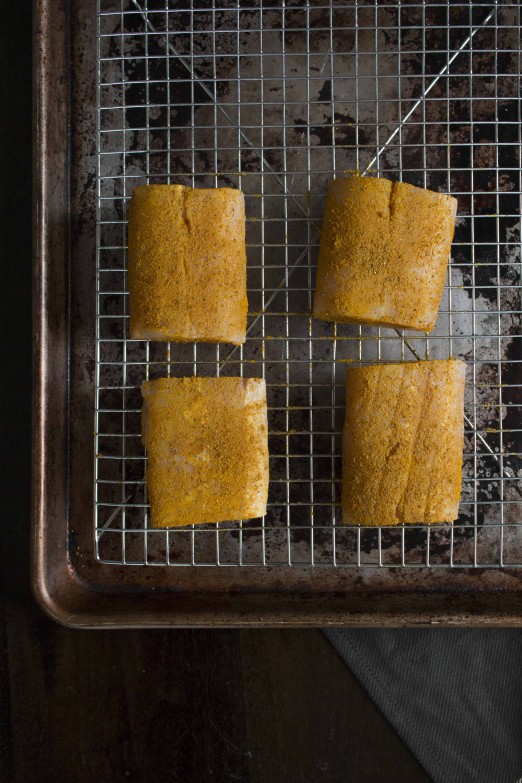 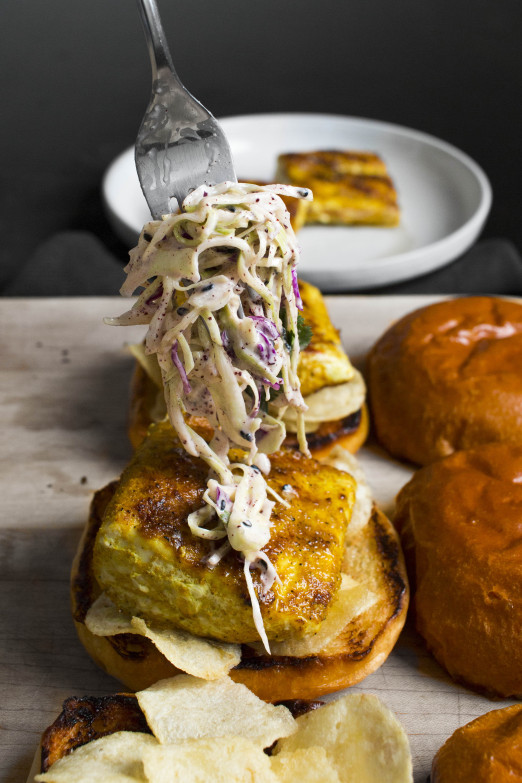 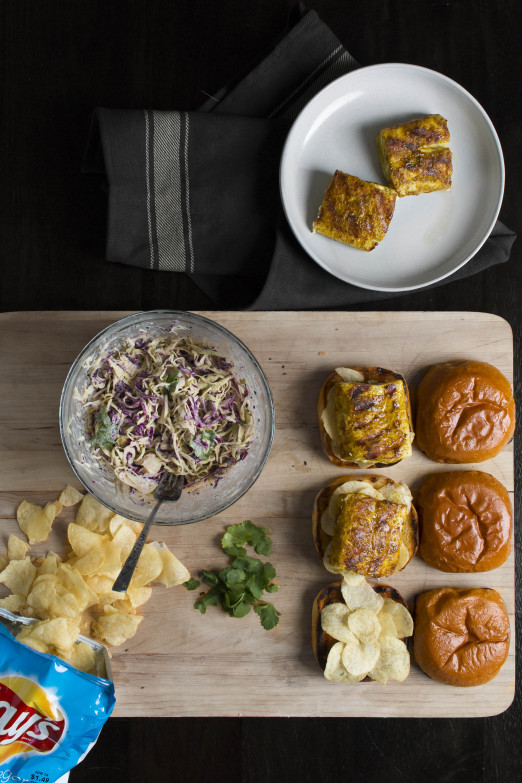 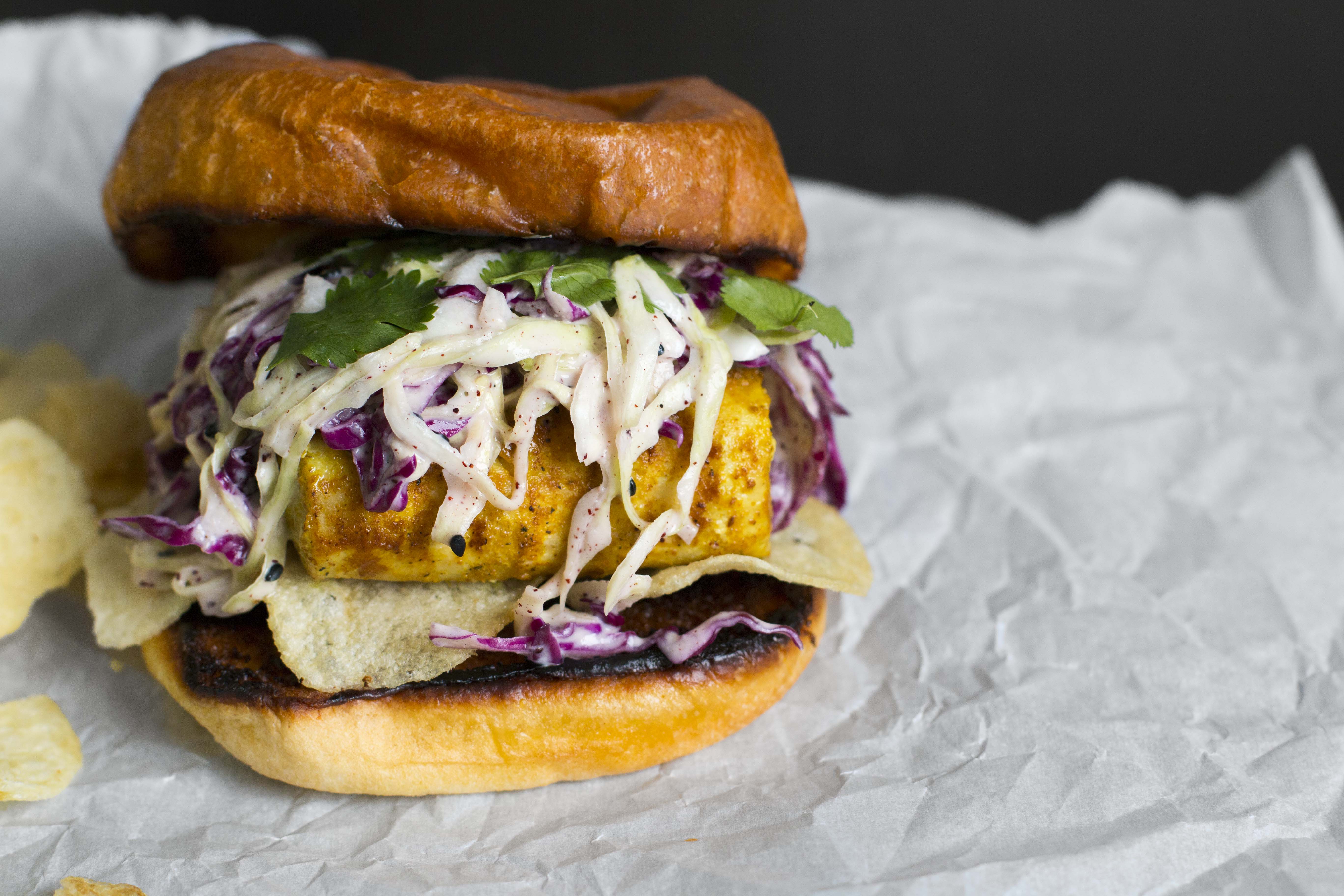 ON TOASTED BRIOCHE WITH TAHINI SLAW AND SALT & VINEGAR CHIPS

TAHINI SLAW:
In a large bowl, whisk together the tahini (sesame paste), lemon juice, honey, vinegar, salt and white pepper until combined. If it looks a bit thick, add a tablespoon of cool water. Add the shredded cabbage, cilantro leaves, sumac, and sesame seeds then toss to combine until all the cabbage is dressed. Set in the fridge for at least 15 minutes to wilt.

GRILL THE FISH & FINISH THE SANDWICH:
Season the mahi-mahi fillets well with hawaij and salt. Coat it on all sides! Heat a grill or grill pan over medium-low. Drizzle both cut sides of the brioche buns with olive oil and grill for 2 minutes until toasty and golden brown. Set the buns aside. Grill the fish for 3-4 minutes per side until cooked through with nice grill marks.

Construct the sandwiches by placing some salt and vinegar chips on the bottom bun, topping it with the fish and lots of slaw, garnish with cilantro leaves, and top with the other bun. Enjoy! 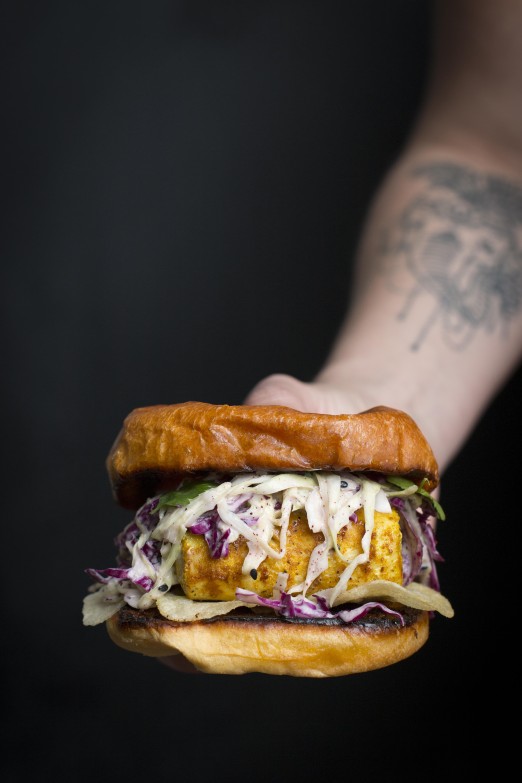 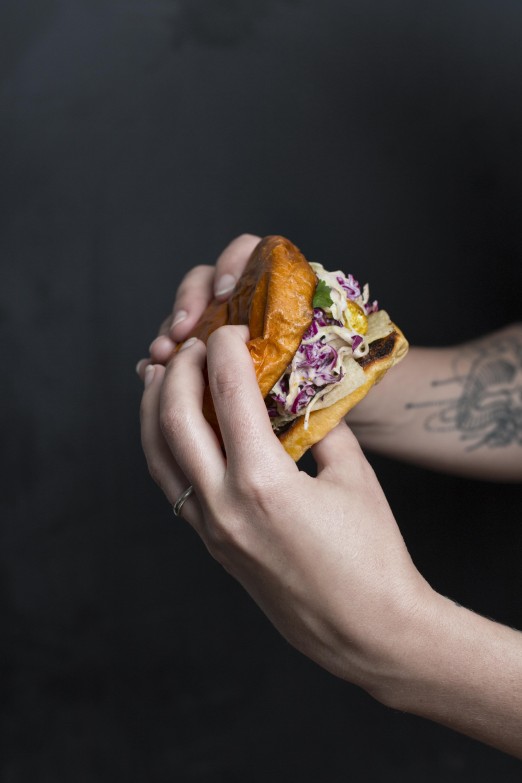 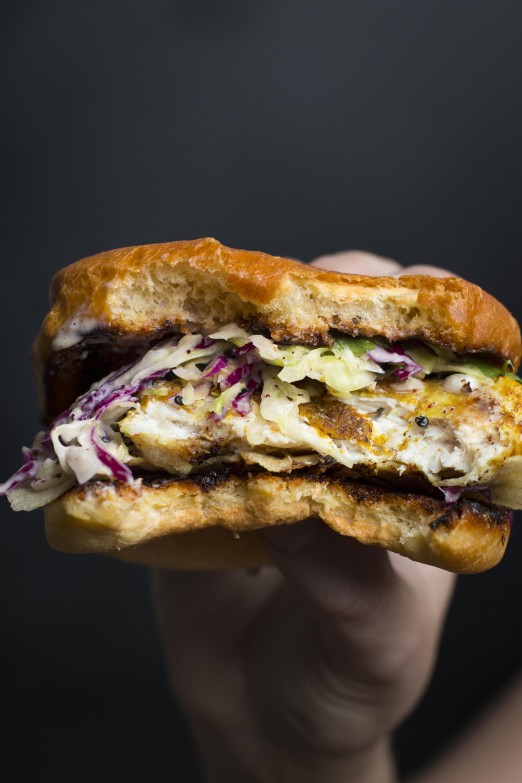 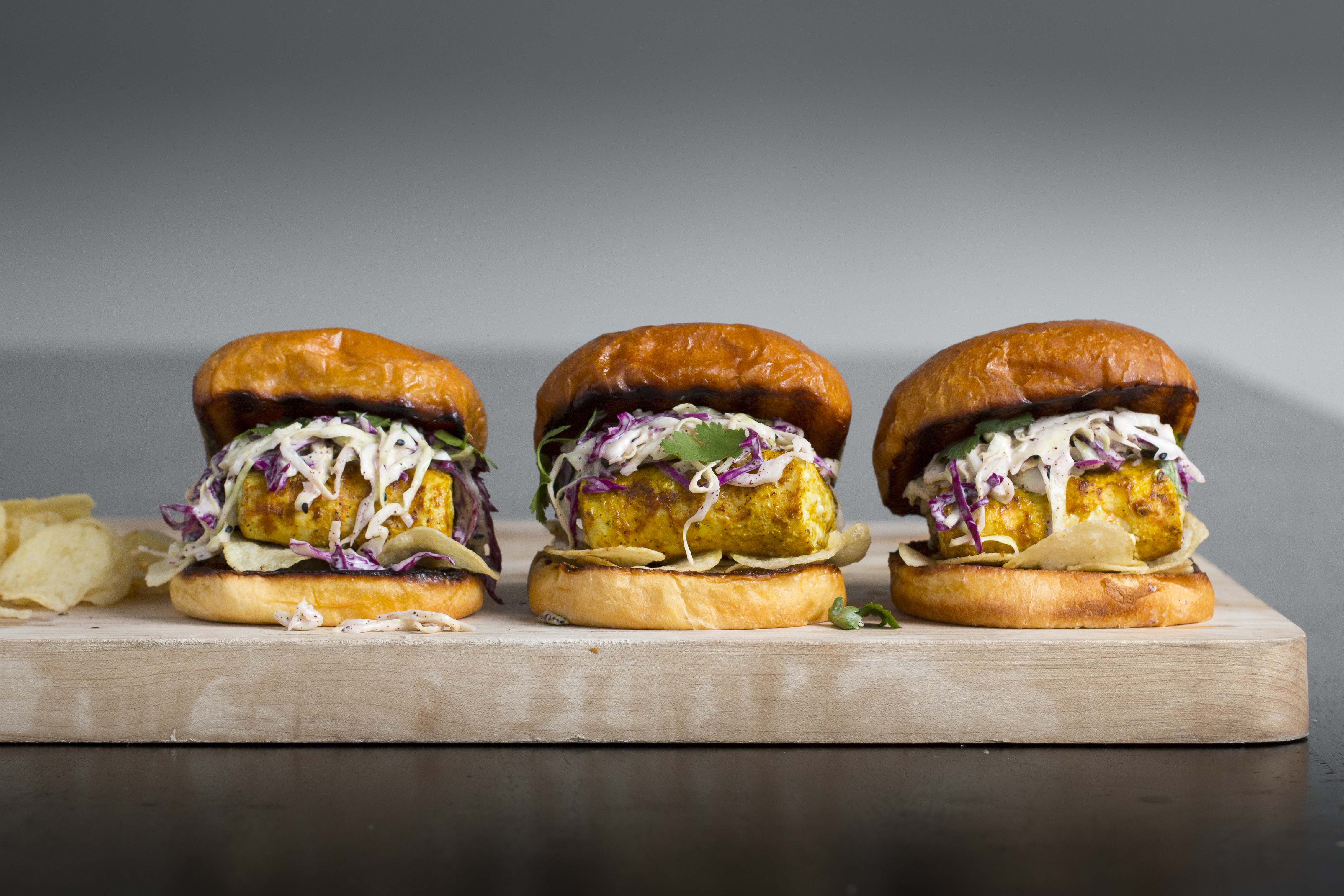