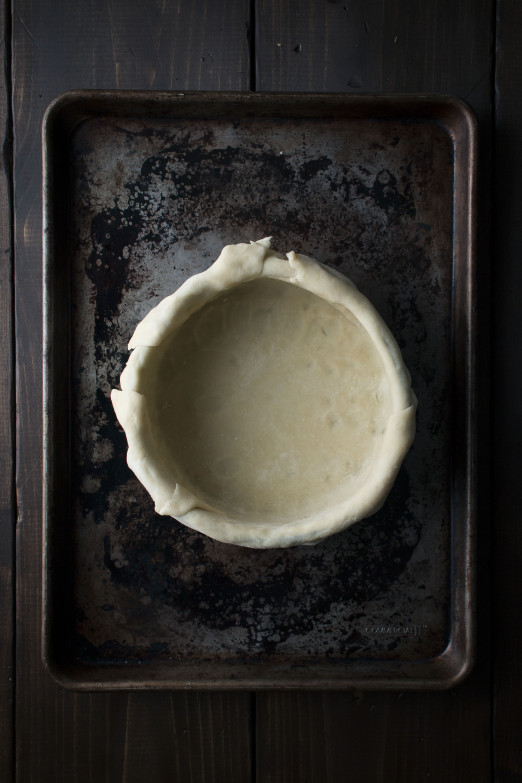 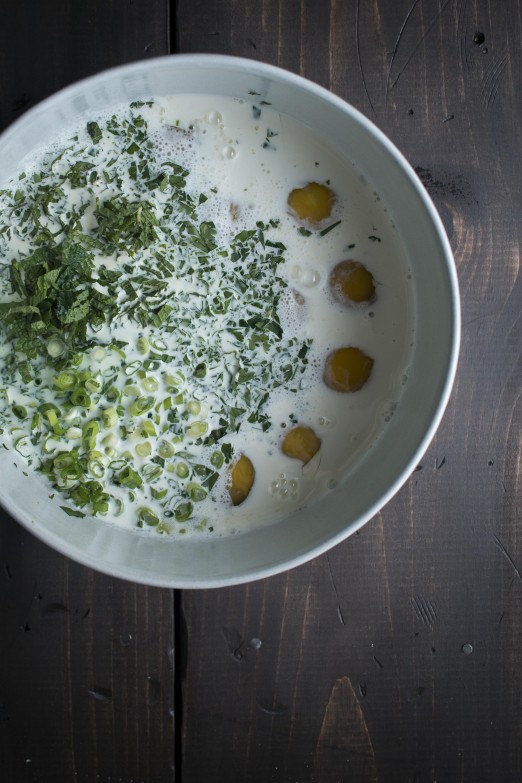 Ejjeh: a Lebanese omelette or frittata of sorts made with tons of herbs. I’ve seen it as a very thin green omelette that is then stuffed into a pita with tomato. I’ve also seen it as little herb and zucchini fritters. Which leads me to believe that there are a few, if not many, versions of ejjeh. Here is mine. Obvi not traditional. Quiche! Because who doesn’t love quiche. It’s packed with cilantro, parsley, mint, and scallions. I was thinking about adding some xanthan gum to the filling to suspend the herbs inside of the egg mixture but decided it didn’t need it. I love the way that the herbs float to the top of this quiche and make it super green. Perrrtty.

A little into my day to day: My life has been completely taken over by NBA playoffs. It’s on for 4-8 hours a day. Tas, my husbad, has to watch the games since it’s his job to watch them and analyze them. To spend some time with him, I sit by him while he watches, tweets, vines, instagrams, and takes notes of these games… in so much detail. I’m embarrassed to say how much Two Dots and Word Womp I have actually played these past few weeks. Excited to have a weekend off of games when we go to our friend Jane’s wedding soon. Jersey here we come! Which reminds me that I literally have nothing to wear :\ 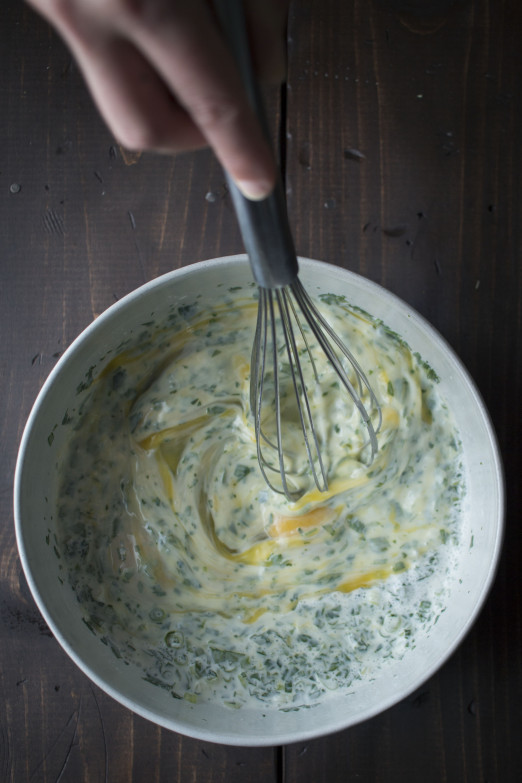 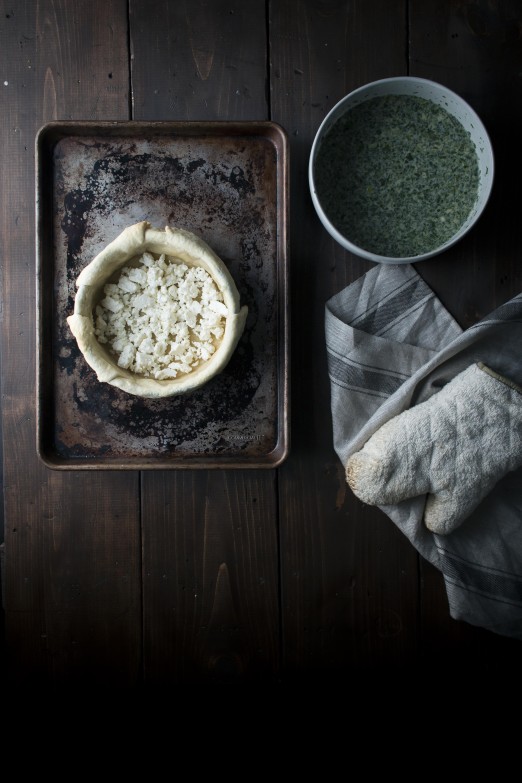 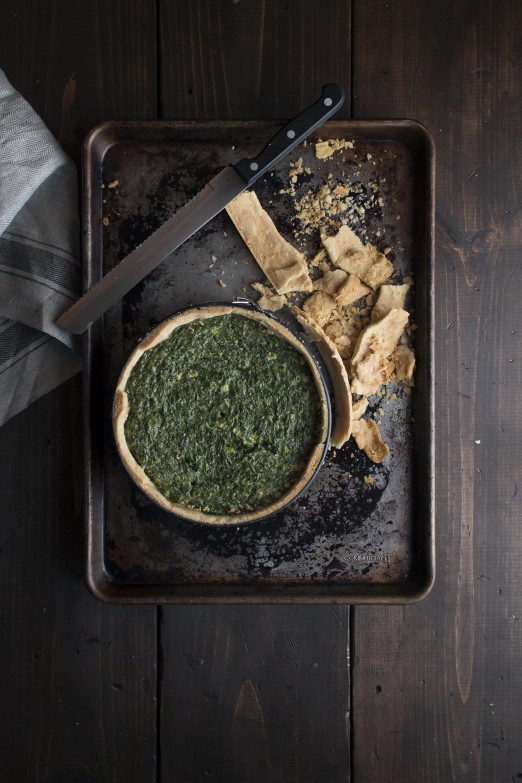 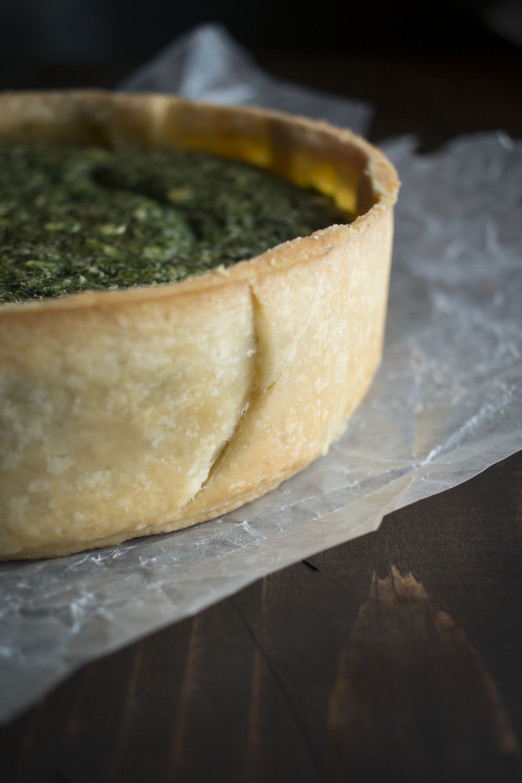 CRUST:from ChefSteps: Pate Brisée (with great video!)
Place the bread flour, cold unsalted butter cubes, and salt into the bowl of an electric mixer fitted with paddle attachment. Mix on the lowest speed until the chunks of butter are broken up into small pea size pieces. Add the cold water and mix on low until the dough just comes together smoothly. Keep an eye on this! Remove the dough from the bowl and press it into a round disk. Wrap tightly with plastic wrap and refrigerate for at least 3 hours.

Prepare an 8” spring form pan by lightly coating with cooking spray. Roll the dough onto a lightly floured surface to about ¼” thick. Be sure it’s wide enough to fill the pan with an extra 1 ½” to hang over the sides of the pan. Transfer the rolled pie dough into the prepared spring form pan. Gently press the dough to the inside corners and walls of the pan. Allow the excess dough to drape over the sides. Set in the fridge for 1 hour.

FILLING:
While the crust is baking, make the filling by whisking the eggs, milk, heavy cream, cilantro, parsley, mint, scallions, salt, and pepper together in a large bowl. When the crust comes out of the oven, turn the heat down to 325˚F and remove the weights or the dried beans. Layer the crumbled feta into the bottom of the crust evenly. Fill with the egg and herb mixture. Carefully return it to the oven and bake for 60-70 minutes until the middle does not jiggle and the crust is a golden brown.

Allow the quiche to cool for at least 20 minutes. Using a serrated knife, cut the excess crust off. Remove the quiche from the spring form pan. Serve slices with a dollop of labne, sprinkle of za’atar, and a side of arugula salad. Enjoy! 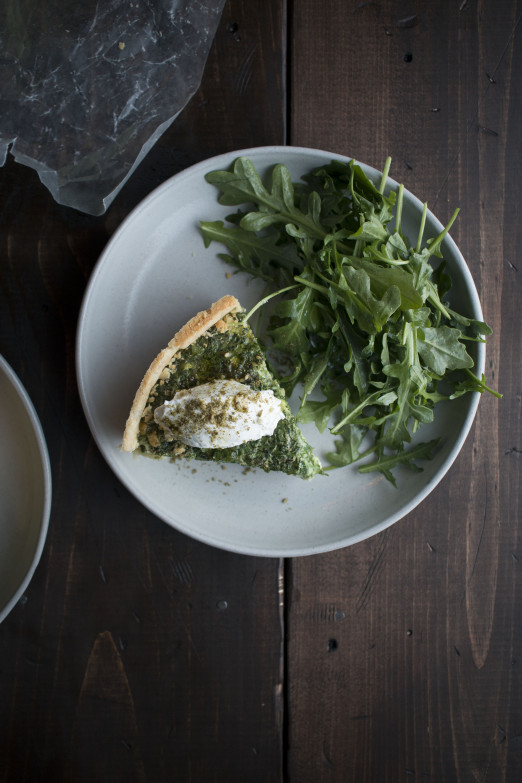 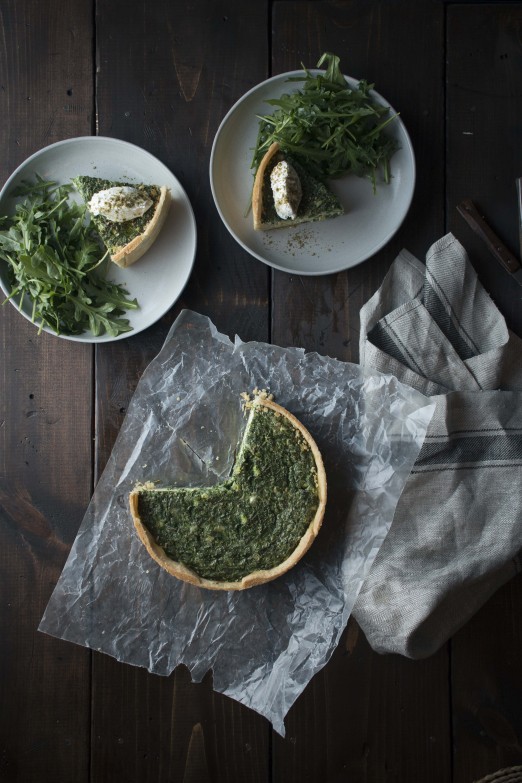 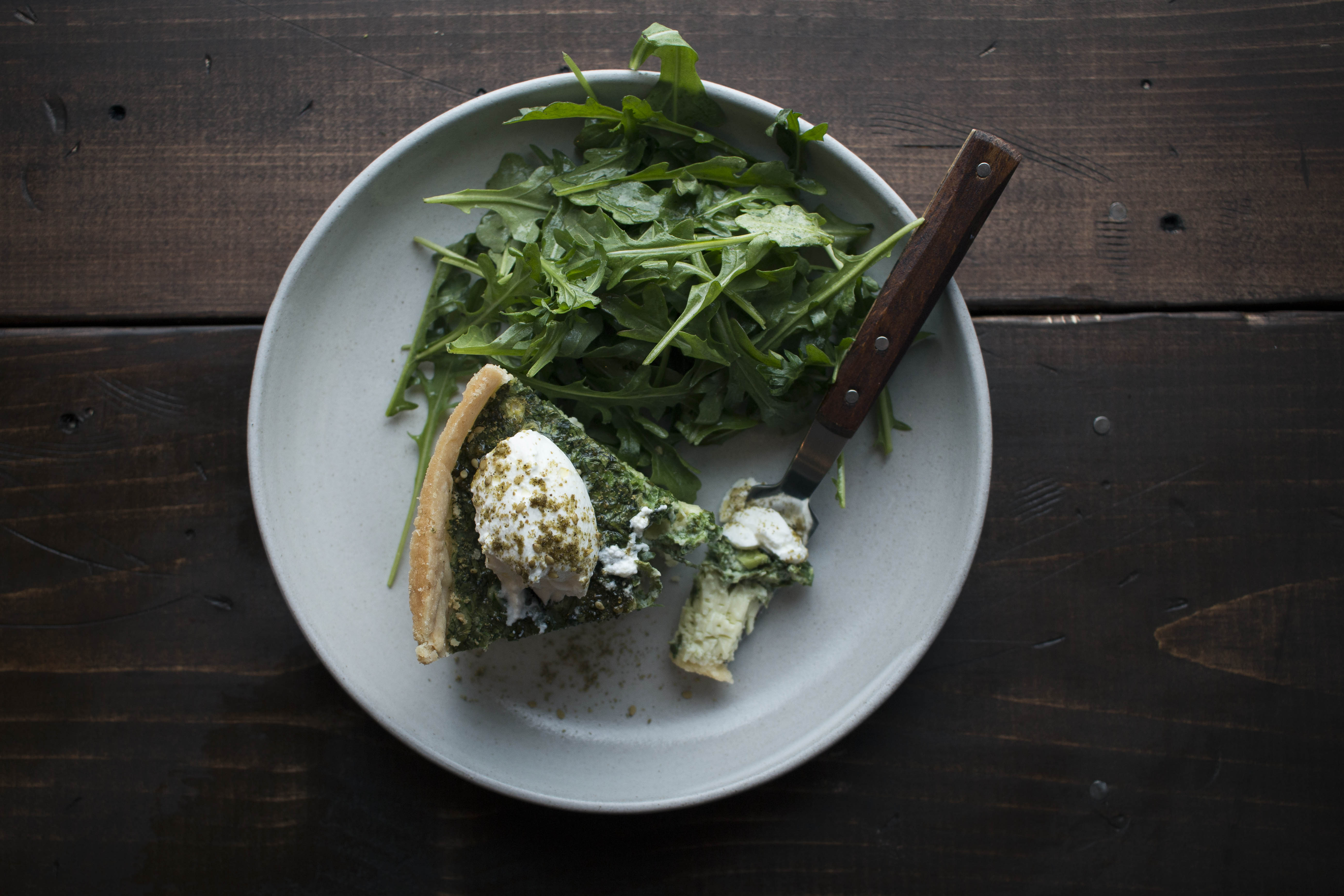 Kebabs in a Blanket